Certainly, this year had been the worse for Kate Gerraway as it was his first occasion without her husband, Derek Draper. Kate, the Good Morning Britain host who is presently 53 years old had revealed that her home flooded in a lead on this big day. It was indeed a ruined celebration this year for her as Derek who was also 53 years old had been hospitalized back since March as he was having coronavirus.  Although he has recovered a lot from the grasps of that deadly virus, the latter has wreaked havoc on his body as a whole.

Kate has declared that this year, the festive season has been calamitous as everything around her started going so damn wrong. She took it to her Instagram account sharing a picture of a Christmas tree while writing that they had gone through all the hardships, and alongside she had also thanked all those people who came to their rescue. Kate has been a mother of 2 kids, the elder one is Darcey who is presently 14 years old and Billy who is now 11 years shared an image of then while stating that it is none other than Emma Willis and Marks and Spencer who had helped them sort out their winter somehow during the celebration in the pandemic. She even mentioned that it was Sky who helped her sort out with wifi and the TV and British Gas who had helped her sort out with a fridge freezer. She said that she would heartily want to thank each one of them as it could have been possible for her only because of them.

Kate penned down her emotions on the social media handle

Kate wrote, “Well here we are folks – #newyearseve – the last day of a year few will be sorry to see the back of.” She further stated that she along with her family and kids had to face miserable situations in the year 2020 and that they had came across various challenges. She even mentioned that it has been a blend of varied emotions for them in this strange world and the fact that they had no ways out other than hoping for the best to happen. It also represented that she hasn’t been too happy this time as she said that there is not much hope either. Last but not the least, we would like to mention that there was not much in our hands for the past year and we do really pray for her family since they had undergone a really tough time off late.

Kate has revealed her feelings and soft corner within her heart for all those healthcare professionals who were in utter kindness all through this pandemic. It is all because of them that the people had been managing to get well. Nevertheless, she had even mentioned the @bondconstruction professionals who had helped her in bucketing out the water that did flood away her home.

We heartily pray for her well being with a wish that the new year is going to bring all the positivity and happiness that she along with her kids and husband have been longing for such a really long time. We sincerely want to praise her and would certainly want to salute her for not bending down even through the difficult situations that the past year had made them witness. At times, it is only through the hurdles that we go through 6hay make us strong over the time, and probably this year had been so for Kate and Derek as well. 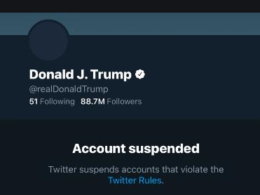 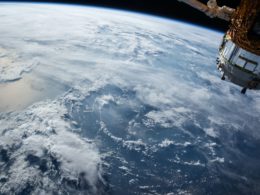 Ever since Vivo entered the Indian market in 2014, the brand has continued to establish a foothold in…
byadmin