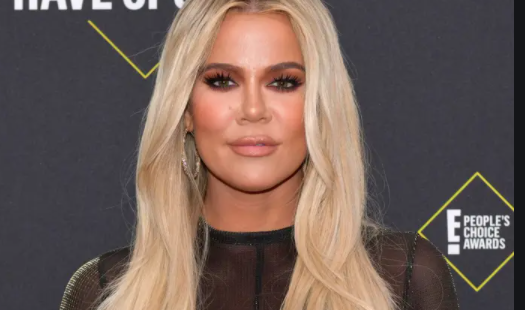 Khloe Kardashian was awake much before the dawn in the next morning while she was getting her workout as well as showing off her fit body to the fans. Khloe and Kim Kardashian are religious, and it is getting up too early in the morning to go through a tough workout session. Kim usually starts her day after 6 am and Khloe has been all up before the sun on 2nd of February, 2021. She has been in her home gym, wearing her workoiy clothes and she was already doing her stretches since 5.20 am. Khloe had also scheduled to offer fitness advice for her Instagram followers.

Khloe interacting with her fans during her workout session

Khloe was seen flaunting her long, toned legs and her famed pert derriere in skin-tight dark leggings in a series of her Instagram stories. She even performed a series of front leg lunges along with hamstring stretches to that of sitting and pushing her torso forward so as to touch her toes. She was adorning herself in a black hoodie gift sweatshirt from niece Stormi Webster’s third birthday party.

She aligned the theme as “3rd Time’s A Charm” and she featured the words in yellow lettering alongside a funky pink logo at the front. Khloe wrote it over the first video, “Once you get in your 30s, you have to make sure you stretch and warm up before you can work out.” She then started practicing on the treadmill from 5.35 am onwards after she was done with her ground stretches.

Khloe was jamming ag that time to Beyoncé. In the video, we see Khloe saying this, while looking at the camera, “Clearly I’m bored. I’m trying to amp myself up. Good morning! Let’s have a great Tuesday.” She added, “It’s early. Let’s conquer this sh*t. You are winners. You are queens. You are everything and above.” She then went on blowing kisses at the camera with her perfectly manicured fingers.

Khloe had even shared a photo on her Instagram while laying back in a lounge chair in a silver metallic bikini. She was looking too pretty with her tight abs that were held on the display. She urged her fans to keep this pic as their screensaver in case they need some sort of inspiration to get up that early!