Larsa Pippen looks stunning in Unbuttoned Shirt With nothing Underneath

Larsa Pippen looks just fabulous and there’s no denial to that! Recently, she had posted a few images on her Instagram handle wherein she gave her an incredible, sassy new pic to her fans. She was spotted featuring an unbuttoned shirt with nothing underneath!

Larsa Pippen keeps posting such contents on her Instagram account. Her last post was where she posed a new look that was fashioned by Pretty Little Thing where the former Real Housewives of Miami Star took it to the social media on 29th of January. Larsa took a monochromatic cappucino-hued ensemble while featuring such high waosted trousers along with a matching top in the pic. In the recent image that she had posted, she was wearing an unbuttoned shirt and on top of that, she wasn’t wearing underneath.

Larsa looked simply picturesque in the outdoor patio. Her hair was set aside, her makeup was done perfectly, she had her hair straightened completely. Larsa has been posting several sexy snaps on her Instagram account one after the other. She captioned the image, “Staying low key.” The fans seemed to be driving crazy and there have been so many people peeping into the comment section with fire emojis to persue at her leisure.

Larsa even posted an image of herself wearing a black and white string bikini and posing by a luxurious pool as on 21st of January. Larsa appeared to be just flawless in the beaming sunshine. She looked just amazing in that pair of shades she could no way try to get better over the time. She captioned the image as, “Love sunny dayzzz.” The fans also seem to be curious enough to know more about her personal life. 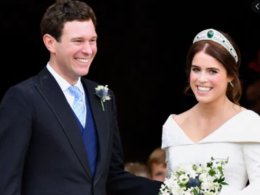 Recently, the image of the royal baby went viral on the social media handle. Princess Eugenie and her…
byZaheer 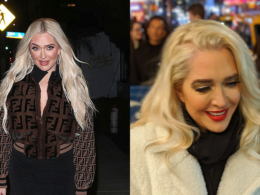 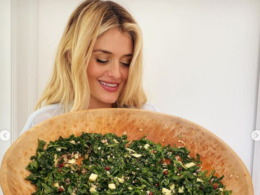