Laurie Hernandez – Her victorious nature seems to be unstoppable 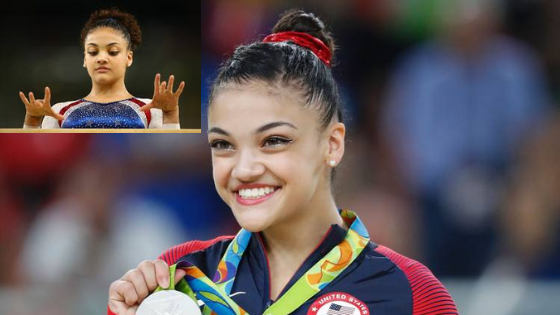 INDIANAPOLIS By NewsDio Desk – Laurie Hernandez has to her credit of finishing the first competition, since the RIO Olympics with a bang and the happiness is prominently visible on her face. Although, she could have performed much more, and she equally knows the immense difficulty she is going to face where she has to jostle for a spot on Olympic team.

However, she is back. While Hernandez was having a conversation with coach Jenny Zhang she seemed to be highly excited and it was clearly visible through her smile as even her mask couldn’t dwarf the same.

She is a lady with full of desires who certainly wants a spot in the Olympics and that’s the exact reason why she has been rigorously working her butt off.  The onlookers who see her practicing feel surprised regarding the extent of hardwork and dedication she is surrounded with. She is indeed a fighter who is aware about the fact that she can reach places due to hardwork and motivation. She has shown the same in the past and she is again determined to register even a bigger win.

The thing which favors her is the height which works absolutely great on her tumbling passes. While landing of the first, she experienced a slight tumble. Her acrobatic skills are enough for anyone to get easily inspired given the kind of captivating exercises which makes the spectators spellbound. She has gathered even a greater audience since 2016. She has done her own choreography and she is of the belief that if she is really enjoying her game, then it is going to show through her face.

People who have captured her working, feel that she takes in consideration the aspect of lightness which makes it easy for her to balance herself. Her way of balancing herself along with how lightness she feel while doing the skills, is  in direct contrast with those gymnasts who land solidly and there the sudden action create such a loud thud, that it can be easily heard through arena. While registering her win, she was beaming with confidence at the time of leaving the podium.

Her grown up stature is in direct contrast from earlier times, when she used to feel nervous a lot, especially, as she was quite young at the age of 16. However, now there has been a remarkable change in her personality where initially she may be nervous but soon attains a calmer and composed posture  while handling the equipment.

The reason for her taking a break was due to her former coach namely Maggie Haney who was banned for eight years on the charges of emotional abuse of Hernandez along with other athletes. Although, he was initially banned for eight years, yet it was reduced to five years on his appeal. However, it is still a sufficiently huge time and it reflected on the gravity of the situation. Well, that was the time when she has taken the break.