Yes! We are talking about the two stars who worked together in the series Stranger Things. The Charlie Heaton who enrolled as Jonathan Byers and Natalia Dyer as Nancy Wheeler they both now are in a real relationship. Although the series is based on the romantic love story. And Charlie Heaton confronts his love in front of the fans also. He also expresses his feeling about the love that love is a strange type of feeling and we both are looking forward to our love life.

Why Charlie Heaton and Natalia Dyer are together!

The reason behind it, when they start doing the lead role in the series Stranger Things as a boyfriend and girlfriend from there this relationship starts. They started dating each other in 2016 but they do not want to reveal this secret in front of the fans. Therefore, every image in which they are together and of the set they called this was all are rumors don’t believe in that.

The top rating series on the Netflix Stranger Things was the big reason for the relationship of these two love birds Charlie Heaton and Natalia Dyer. They both spot together after the shootings get over.

According to Charlie, they do not know what the relationship was at first!

Charlie Heaton revealed the truth of his love life. He said when we both are on the sets of Strange Things our bonding was very good, but we are not in a relationship. But slowly-slowly our friends have changed in the strong relationship of three years. Whenever it comes to their romance neither of them reveals about it. The director, Matt Duffer has also revealed the chemistry between the two love birds in the magazine. Some of the fans were also sure that they live together in New York. But this is a joy for the fans that they see the romantic couple on the screen are now together in the real-life as well.

From three years they are in a relationship

The romantic couples have together from 2016 these all types of rumors come true when they start posting pictures of each other on social networks, Instagram. Moreover, they spot together on a romantic vacation place Amalfi Coast in 2019. After a long time they both finally confront their love in front of their fans.

That’s all the information we had about Charlie Heaton and Natalia ‘ s love life. We will be back with some more details about the love birds. Till then be in touch with us. 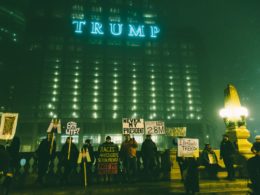 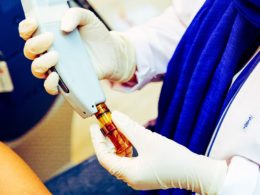 Avengers Endgame, the Iron Man who lost his universe. Who watched the movie End Game they know the…
byZaheer