This particular technology Alliance will be helping Netflix by acting as a conduit to support technology partners and creatives on behalf of new feature sets for different tools. This is done in a fashion so that the artist may spend their energy and time on things that matter the most which are the storytelling. The company announced the same in a blog.

Netflix as a company further states that any manufacturers of products that do bear this logo are going to be closely partnered up with Netflix. They are going to be having early access to the Netflix technical roadmap and also collaborate with the company on training, updates, and technical support.

The company also adds that it is not absolutely necessary for all of the products belonging to the media production process to have or bear the logo. The company states that they are not expecting for lenses to be included. The company further adds that lenses are known to generate metadata which is essential and useful. However, since metadata is actually incorporated into a camera metadata, the cameras by themselves are sufficient and suitable for the logo.

The first-ever members of this particular alliance do include the industry leaders belonging to four categories. The four categories are creative editorial, cameras, IMF packaging, and color grading. It also includes Arri, Blackmagic Design, Adobe, Colorfront, Canon, Red Digital Cinema, MTI Film, Ownzones, Panasonic, Marquise Technologies, Rohde & Schwarz, and Sony. A complete list of the companies is available at pta.netflixstudios.com. It is expecting to add many more products in the categories thus expanding the same to include sound dubbing along with other post-production sectors.

Any of the products that are known to manage or generate any sort of image data, sound data or metadata from their production via post-production is a prime candidate for this particular program associated with Netflix.

Netflix further adds that the alliance has not been designed in such a way to force or endorse creatives to the usage of certain tools. Netflix states that as an artist one needs to use those tools that do make sense for their production. Artists should be using only those tools which best suits their workflows and also serve in their creative interests. Keeping this in mind, one can understand that this logo acts as an identifier to quickly tell anybody that the particular product has been vetted for delivery to Netflix. The company that makes these products are automatically committed to innovation and the ongoing support. The main thing which needs to be kept in mind is that Netflix has a vision for the future where this program is going to be extremely useful.

What shall we expect from Oppo R20

The Chinese brand Oppo has launched a number of smartphones featuring all-round performances. The smartphone brand focuses on…
byadmin 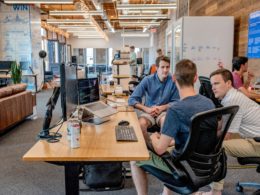 10 Benefits the Clients of WritePaper Can Boast Of

WritePaper is an academic writing service that is well-known and popular among students. It really strives to make…
byZaheer
3 shares
0
0
3 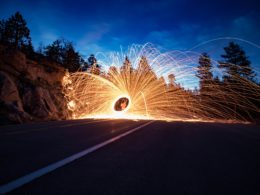 How Bounce Rate Can Impact Conversions