Despite their existence as a stand-alone kingdom, fungi seem to occupy a strange “gray area” between the plant and animal kingdoms. Many early botanists believed fungi were plants, even though they lack chlorophyll and the ability to produce food through photosynthesis. However, modern genetic analysis has revealed that, while plants, animals, and fungi all share a common ancestor, plants diverged from other eukaryotes (multi-celled organisms) much earlier than fungi or animals.

The fact that fungi are more closely related to animals than plants is illustrated by an odd thing that happens when fungi experience physical trauma. When injured, fungi “bleed” and can die due to these injuries if all the fungus’ protoplasm seeps out. Now, researchers have discovered that, like humans, fungi must utilize proteins to stop this “bleeding” and prevent the excessive loss that leads to death.

Unlike animals or plants, fungi are made of vast, intricate networks of hyphae. These threadlike structures that form branches and interconnected webs give fungi their structure. This network, known as the mycelium, enables the fungi to transport nutrients, transmit information, and grow. However, when it is wounded, the mycelium can leak protoplasm – the substance that comprises the living part of a cell and contains cytoplasm along with essential organelles like the nucleus. When too much protoplasm is allowed to leak (or “bleed”) away from the fungi, it can die.

Gellin protein unfolding causes aggregates of protein to form crosslinks, allowing adjacent proteins to stick to one another as well as the cell membrane. As a result, unfolded proteins form a gel plug that blocks the injured site and eventually slows and stops the flow of protoplasm out of the fungus. This reaction happens almost instantly after injury, thus protecting the fungus from death via protoplasm loss.

Researchers were able to identify these gellin proteins through a unique process involving the study of the gel plug. From this gel plug, researchers extracted and purified the proteins involved before subjecting them to nuclear MRI to discover their properties. Researchers then studied the protein’s ability to unfold and bind to the cell membrane by utilizing magnetic tweezers to simulate stress.

While fungi and animals are very different structurally, they do share some functional parallels, particularly when it comes to healing from injury. Gellin proteins act similarly to the von Willebrand factor in mammals, which promotes clotting via a mechanically activated change in shape and similar binding with other von Willebrand factor proteins. Work to develop a more thorough understanding of how these proteins work in experiments with fungi could lead to breakthroughs in bioengineering and other human-linked applications. 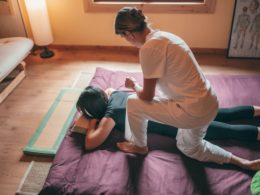 Transpersonal Therapy – What you want to know (Is it for you?) 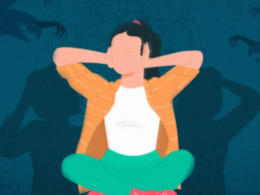 Recognizing the Signs of Schizophrenia 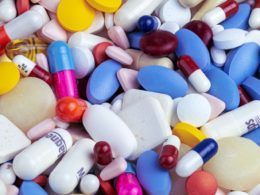 Finding the Right Health Marketplace Plan for Your Needs

Healthcare is a complicated business marketplace. Health coverage is a must for all U.S. residents, but there are…
byZaheer
1 share
0
0
1