The rumours of ‘Now You See Me 3’ being dead has been shutdown as the movie is confirmed to be out soon! As per the sources, the long awaited sequel of the superhit movie ‘Now You See Me’ is in news to be in making right now.

Released in 2013, ‘Now you see me’ was a great movie and big commercial hit. The second installment came in 2016 was not able to impress the audience like the original one but still it also did pretty good and was able to do decent business on the box office.

Then recently on this, the makers have confirmed that they are working on the third sequel already and the news will be official soon. The plan was  can not be cancelled anyway. Although it is taking time to be released, it is definitely on the cards.

As per the rumours in the market, the movie is in making since 2015 and the script has been finalized long back. All these hints head into the conclusion that ‘Now You See Me 3’ is going to be released this year itself.

The script has already been finalized back in 2016 which has not been disclosed yet. The original characters will be repeated with a different storyline. The main characters like Jesse Eisenberg, Michael Caine, Woody Harrelson, Mark Ruffalo etc will reprise their roles in the third installment also. It is expected that this movie will also be having a British villain like the prequels.

The original movie was released in 2013 followed by the sequel in 2016. As per the pattern, the third installment will definately be released in 2019. So, it is very likely that the movie will hit the floors anytime soon. The official notification regarding the release of the movie will be out in few days.

So, what are your expectations from ‘Now You See Me 3’ ? Let us know in the comments below.

Now You See Me 3- All You Need to Know

Will Dave Franco be in Now You See Me 3?

We all know the franchise of Now You See Me always surprised the fans and let them guess a lot about it. This is the scenario with Dave Franco, who will be going to play the role of Jack wilder in Now You See Me 3. This indicates that fans will be able to see him this time as well.

Holy yes! There is a part 2 to Now You See Me. It is also known as Now You See Me: The Second Act. It was released in 2016, and it is the American Heist thriller directed by Jon M. Chu from a screenplay by Ed Solomon. This is the sequel to part 1 and has all the twists and turns you noticed in the previous one. Fans are quite excited to see it on screen because they will experience the same thriller and action they have experienced in part 1.

Why wasn’t Now You See Me 2 called now you don t?

During an interview, when it was asked why I wasn’t Now You See Me 2 called now you don’t, Solomon replied that it was the title idea he was having in his mind, but when discussed with the marketing people, they have refused to the same. Before the movie was given the final title of Now, You See Me 2, it was known to be so. Everyone was not happy with the decision, so he simply decided to change it to Now You See Me 2.

Is Now You See Me 2 on any streaming service?

Talking about the streaming services on which this is available, it is on Hulu and HBO Max. After having the subscription, users will be able to go through the same. But if they are looking forward to getting it on Amazon Prime or Netflix, unfortunately, they will not be able to get it.

What’s behind the curtain in Now You See Me 2?

Everyone is curious to know about what’s behind the curtain in Now You See Me 2, and at that moment, the person behind the eye is revealed where line strike and the other person good friends and playing the role of enemies, and it was an illusion for the press. He felt horrible for his father’s death and waiting for the right moment to pass on the duties to Rhodes.

Here we have tried to bust all the bubbles you might be having. If there is something you wish to know, do let us know, and we will present all the answers for the same. For sure, you will not feel disappointed at all after having a clear idea about Now You See Me 3, and Now You See Me other Seasons. What are you waiting for? Do let us know and stay tuned with us for all such updates. 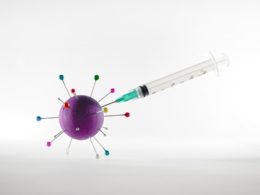