Smartphone displays have surely come a long way since the early days, with most manufacturers ditching traditional LCD panels in favor of high resolution OLED displays for their flagship phones. And now the latest trend in smartphone displays seems to be that of higher screen refresh rates. Gone are the days when phone displays could only refresh at a 60Hz rate or lower.

As display technologies improve, manufacturers are pushing the refresh rate further with each generation. OnePlus, earlier this year launched the OnePlus 7 Pro with a 90Hz display, and it now looks like the renowned “flagship killer” but won’t be stopping at that. According to the latest rumors doing the rounds, the company could equip the upcoming OnePlus 8 Pro with a 120Hz display.

As per a report by GizmoChina, OnePlus has secretly started works on its upcoming flagship smartphone the OnePlus 8 Pro which is expected to sport a super smooth 120Hz display. The report further suggests that the device would feature a full-screen design, like its predecessor, albeit with a punch-hole front camera and not the pop-up selfie camera solution as seen on the OnePlus 7 Pro.

The display is said to be a 6.65-inch “Fluid OLED display.” The manufacturer has used the “fluid” moniker before with the OnePlus 7 Pro, suggestive of the higher screen refresh rate. Earlier this year, Asus launched the Asus ROG Phone 2 with a 120Hz display and even Google went ahead and launched the Pixel 4 series with 120Hz displays.

There are also rumors that indicate that Apple is expected to launch the iPhone 12 series with 120Hz displays as well, and the company could call it “ProMotion OLED” as it already uses the “ProMotion” moniker for the 120Hz Retina displays on the iPad Pro.

A higher refresh rate means a smooth navigation and scrolling experience without any stutters. This results in a very fluid overall user experience, especially while gaming, as the higher refresh rates translate to lower frame drops in graphics intensive games such as PUBG, Asphalt 9 and the likes.

The OnePlus 8 Pro is also expected to be powered by Qualcomm’s upcoming Snapdragon 865 flagship processor which will be coupled with at least 8 gigs of RAM and 128GB of internal storage. There will be higher memory configurations on offer as well. All-in-all, if the early rumors are true, the OnePlus 8 Pro is shaping up to be a very promising smartphone. However, a 120Hz display and the latest and greatest SoC means that buyers may have to shell out more for the upcoming smartphone.

Maryland to legalize adult use of marijuana in 2020 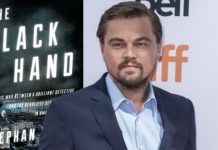 How to watch Game of Thrones online: stream season 8 or...

13 reasons why season 4: everything we know so far