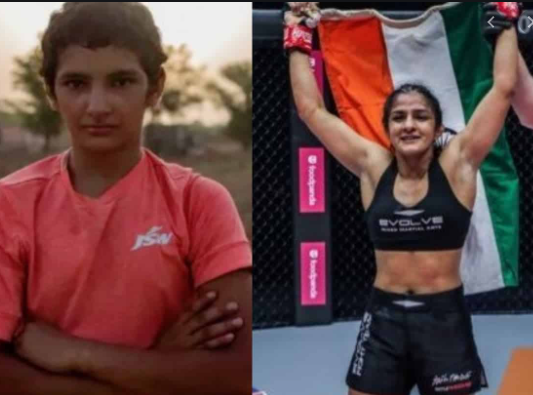 NewsDio Desk : The recent death of a budding wrestler Ritika Phogat has made us question our behavioral norms, especially how short tempered we have become.  She has carved a niche for herself and was a cousin sister of Geeta, Ritu and Babita, Vinesh and Sangeeta. She chose to end her life, as she didn’t not take the defeat well, perhaps it is something which the very existence of sports doesn’t teach us.

Yes, the main objective of sports is to leave the results to destiny, in order to come strongly in the next match. It is true that we are very hungry to quickly taste success without realizing that life isn’t at all bed of roses.

She ended her life in Haryana’s Balai Village on the night of March 15. As per the version of the police, she took her life while being at her uncle’s house and hanging herself from the ceiling fan. She was under deep stress of losing the state level junior wrestling match just by one point. The venue of the tournament was Lohagarh Stadium in Bharatpur, Rajasthan

The event held from 12 to 14th. She was accompanied with Mahavir Phogat and both returned to Balai.

She performed extremely well, but she was not lucky in the finals, as she lost with one point.

A budding life has been lost once and for ever.  She was very young and she should have realized that most people are not able to get half of the recognition which she has got. If she would have really thought the way, the future was certainly bright for her as she was constantly polishing herself and becoming better than before. She was certainly an inspiration for many as girls use to follow her as they have high dreams and inspirations to become like her.

However, her little immature thinking has cost her life and left her parents really inconsolable. She is chosen few who has made so far where the national media recognized her achievements, this fact is something which many of us would dear and long for. But, it seems that the loss in the finals created so much of tension and pressure that she couldn’t take it any longer.

This is where the importance of counseling sessions matter. Yes, considering the rising cases of suicides, one is really hopeful that such sessions should be in a practice so that people can get a meaning to live life.

Had she thought in a calm manner, she would have realized that such a drastic step is not worth it. She would have surely crossed the tensed phase and would have become stronger than ever before.

However, she was a role model, but unfortunately she succumbed to the pressure and ended her life abruptly where there is no way of coming back.

She has seriously created a hollow phase in the lives of his family, friendly and importantly the endless fans.

Let’s pray for her that she rest in peace.