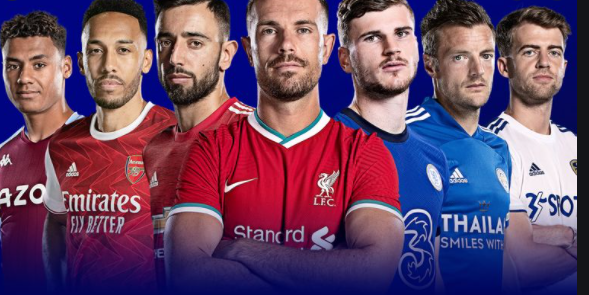 The Reds succumbed to defeat once again after a vicious match against Leicester City. Jurgen Klopp’s ranks have now lost three matches in a row after their King Power stadium defeat, and it seems the German manager has thrown in the towel on any chances for the title. Although Mohamed Salah, Liverpool’s star striker, managed to put his team ahead with a magnificent left-footed shot, Leicester City pushed back hard and scored heavily towards the end of the match.

Unfortunately, Salah’s singular goal was not enough to save the Reds, and they lost 3-1. Mohamed Salah was an integral part of Liverpool’s success in the Premier League 2019/20, and he also appears in Sportingbet’s list of Europe’s deadliest strikers with a total of 102 goals in the last five seasons.

Although the public held high hopes for the Reds after their whopping success last season, the performances have been rather underwhelming this season, and we are missing the zest and passion. With Virgil van Dijk, Liverpool’s world-class defender, out for the rest of the season due to a knee injury, it seems the team has a major defensive chink in their armour. To make matters worse, Alisson Becker was involved in various fatal errors over the last few games.

According to recent hints and speculation, Klopp blames Becker for Leicester City’s second goal in the 3-1 defeat. The goalkeeper has been a victim of heavy criticism recently for many high-profile errors especially in the match against Manchester City early last week. Afterwards, Klopp mentioned he had a talk with the Brazilian goalkeeper and assured he would be back with his stunning saves that we are all so familiar with.

“Oh, we had, of course, a little talk. If it’s then about encouragement or whatever, I don’t know. It’s just a little talk, and he was not happy that it happened, of course. But it’s very important to realise in a moment like this, goalkeepers in a long career, they make mistakes.”

“For a goalkeeper of the quality of Alisson Becker, it’s pretty rare that he makes this kind of mistake and that he makes two of them in one game, that’s clear as well. There was absolutely no real criticism from our side, from the boys, from the players around him because everybody knows how good he is.”

“He’s a very calm person, and now the next game is coming up, and that’s good so he can play his normal level again and then everything will be fine.”

However, Klopp’s words backfired, and Becker was caught in a whirlwind of blunders. James Maddison’s 78th-minute free-kick served as an equalizer, and shortly after, Jamie Vardy scored into an empty net due to Ozan Kabak’s and Alisson Becker’s painful-to-watch mix-up. The Merseyside giants were hit with a final blow after Harvey Barnes scored a third goal sealing Liverpool’s approaching defeat.

Ex-Liverpool defender and professional footballer Jamie Carragher also expressed his disappointment and frustration on Twitter with the team post-match. Carragher heavily scrutinised Becker and labelled Thiago Alcantara as a “liability defensively” for the team. The 29-year-old hasn’t seemed to found his footing yet, and it seems difficult for him to adjust to the Premier League way of play.

Is Liverpool’s title race really over? Unfortunately for the Reds, yes. With the team in such poor form, it will take a miracle for them to finish in the top four.