PUBG mobile is all set for its colossal update 0.10.5 with zombies and several other things!

The craze for the PUBG game amongst the youngster and youth is growing in an unprecedented way, the liberty of the game is what people have loved about this riveting game. Today is the last day for the season 4 and the developers are already in the making of the beta version of 0.10.5 update which could be available for download before the end of January.

Some of the leaks suggest that the game will see a fire theme along with zombies. It is all but confirmed from PUBG mobile corporation that update of PUBG mobile game will feature zombies.  However, Tencent had confirmed last year that they have partnered with Capcom for Resident Evil 2 but nothing has been announced or became official.

Some players in the Erangel map have witnessed the blood stains along with zombies’ bodies on the spawn island which indicates that the new update of Zombie is on the cards. It is said that for the zombie’s mode, players will have to survive against the zombies with their increasing intensity.

The update of fire theme is coming after the current season’s snow map Vikendi added to the list lately. Many images of the fire theme of the game PUBG mobile has been floating around the internet, seemingly we can experience an apocalypse setting in the game. This theme can surely compliment in the upcoming season 5 which is much awaited by the fans. 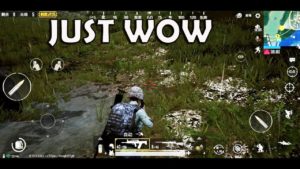 READ  Things you should know about Uncharted 5 - News and Rumors

Along with the map and the settings we can see that the next season will incorporate new outfits, a new vehicle (Tukshai), a new gun and several other things. As for the current season, we have witnessed the bear Skin costumes, Mummy costume, cowboy costumes and such. Likewise, we are going to see some new and amazing costumes in the season 5 which look to be inspired by the old-worldly assassins, gold body suits, ancient Japanese warriors, birthday cake suit and a combination of many more costumes for male and female characters.

It is expected by many that the new season will roll out some new skins to the guns and the vehicles. It is indicated that the AKM and UMP9 will have the golden skin while Kar 98 will see white dragon skin on its body. As for the vehicles it is also expected some odd yet amusing colors added in the game, just like the Miramar Map where the van is covered with the Ice- cream truck makeup and the dune buggy along with mad max inspired skin for the Dacia.

A new gun MK7 is going to add up in the game which was already made available to the PC version. This gun was introduced to the PC version in September 2018 and it is finally being added to the next season if everything goes right.

With the coming of the new season, we can expect a lot of things and who might know what the developers could unleash when they actually release the game for the download. For more updates on the upcoming season do visit us and get more insight into it.

Risk of Rain 2 : How to unlock Characters & How to Choose the Best Character [Update]