Rakhi Sawant and Deepak Kalal to be married? Here’s the truth! 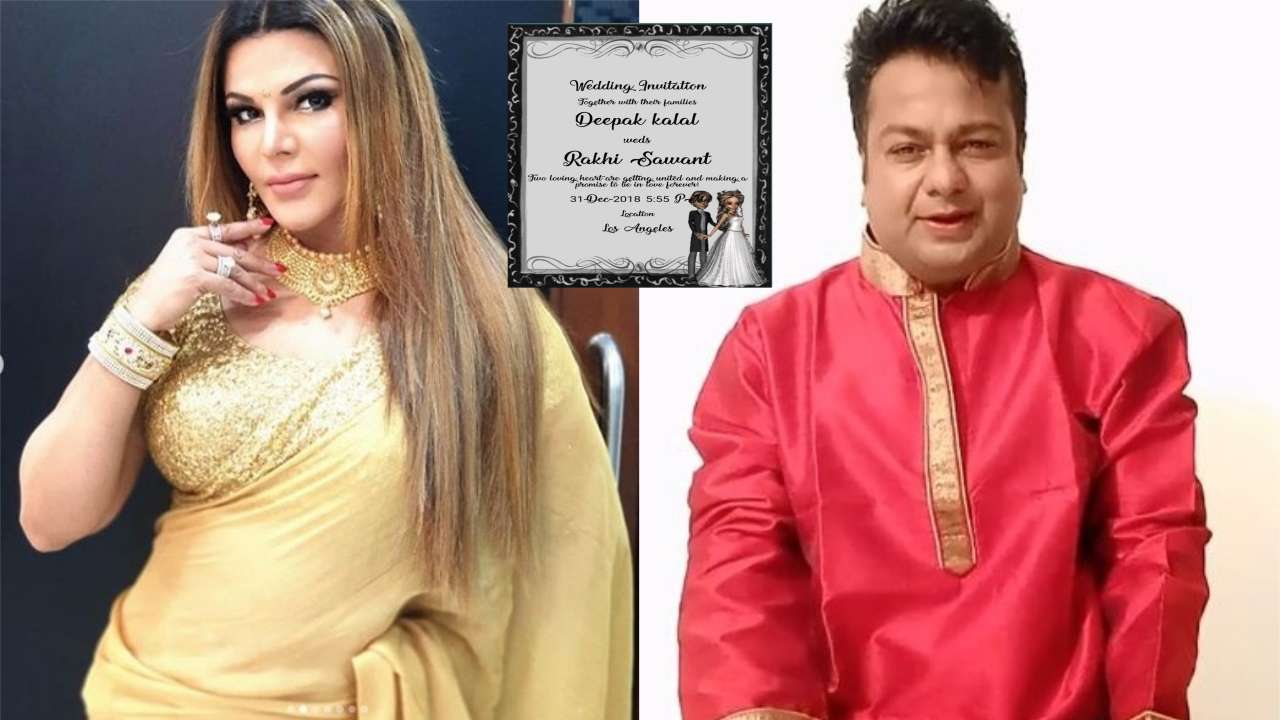 After Deepika Padukone and Priyanka Chopra, controversy queen Rakhi Sawant is to be married soon.

Seems like Rakhi Sawant has found her soulmate! Can you believe it? A day back Rakhi Sawant and  Deepak Kalal have posted their wedding invitation on their social media accounts which reads “Together with their families, Deepak Kalal weds Rakhi Sawant. Two loving hearts are getting united and are making a promise to in love forever,”. 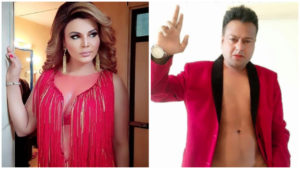 The date mentioned in the invitation card was 31st December and the location in Los Angeles. This couple seems too excited and proudly inviting everybody to their marriage. Recently in an interview, Rakhi confirmed the news saying that everybody is getting married in Bollywood and she thinks it is the right time to get married.

Deepak Kalal and Rakhi Sawant came across each other on social media when Karan Johar called Deepak, a male version of Rakhi Sawant. He admitted saying he is willing to marry her. Later he posted a video of his mother saying that she likes Rakhi and won’t mind if he is marrying her. Then Rakhi shared his picture implying that she had accepted the proposal.

Groom to be is an internet sensation who got recognized from his video titled ‘Modi Ji me apko puppy dunga’ which became viral on the internet. Since then Deepak is getting popular day by day and entertaining the fans from his social media posts. Wearing a towel and speaking in a feminine voice, he has his own unique way to entertain people. Reportedly he even got an offer to be a participant in Big Boss which he turned down. Certainly, he is a perfect match for Sawant.

So is it actually true? Did the Swayamvar girl finally get her prince charming?

Well, it is hard to say if it is true or not. Rakhi Sawant had participated in the shows ‘ Rakhi Ka Swayamwar’, Nach Baliye’  and ‘Pati Patni aur woh’ with some of her boyfriends. She later ditched the guys who she was supposed to marry after the shows. If we see the pattern, it looks like another publicity stunt.

These two have done many crazy things before to entertain people which worked for them to get a lot of footage. But this time they have crossed the limits of craziness. They left people wondering if it is actually happening or not.

We think that the post was just to create a hype and looks like another hilarious act. A few days back when Rakhi was asked about getting married to Deepak, she laughed saying she would rather commit suicide. According to her, he is not even a man.

Rakhi Sawant and Deepak Kalal seem to have a love-hate relationship. They have made fun of each other many times on social media for publicity. Later they apologized to each other saying that they both respect each other’s ‘talent’.

If we talk about compatibility, both of them have a lot of similarities. They are popular to entertain the audience by their own unique ways. Well, god knows what kind of relationship they have with each other. But one thing is sure that he is the person who is equally mad and can give a competition to Rakhi Sawant. We really hope that they would marry soon.

The rumour of these two getting married might be true or not but the response they are getting is hilarious. If you had a bad day then sees the comments of the viewers on their social media posts. Also, tell us your views on this.