Raspberry Pi is a wonderful tech tool that runs Linux. Thanks to all the miracle workers that made it possible for Android 11 to run on Raspberry Pi. Regardless of the fact that Raspberry Pi uses the same exact ARM architecture that is used in almost every single one of android devices, it is pretty difficult to run the OS of a mobile on a mini-computer.

But thanks to the miracle worker and developer Max Weninger for creating the way for porting Android 11-based OmniROM to the Raspberry Pi model 4. After all the complications are taken care of, even though you are running Android 11 on tablet mode, the experience will be as if you are using the OS on a smartphone.

It won’t even feel for the slightest while that you are running something similar to an Android TV. it is just made for media consumption rather than regular as well as active interaction. OmniROM runs okay on Raspberry Pi 4, but you’ll most likely encounter graphical glitches that will result in the device being stuck in tablet mode sometimes.

Other than the glitching problem, all of the features of android 11 will work perfectly fine regardless of the fact that it’s on Raspberry Pi 4. You can also get access to the play store as OmniROM comes with a package along with play store. There is not exact use with all of this for many people but has opened gates to mess around with the OS. 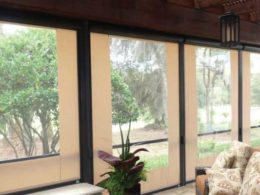 Understanding Retractable Awnings and the Weather

The sun can become even more of a problem during the summer, causing your outside space to become…
byRadhe Gupta

Nowadays Video content is turning out to be an important part of your business branding and content marketing.…
byZaheer
3 shares
3
0
0