Seems like one of the most anticipated movies, Cyborg has been cancelled by Warner Brothers!  Ray Fisher starrer movie around the character Cyborg from the Avengers was supposed to be in development now as a standalone movie.

Cyborg was quite appreciated in the Justice League and people had enjoyed the character a lot. The way Fisher had portrayed the character of Cyborg is what people liked the most about it. A few months back Warner Brothers have announced that they will be doing a Cyborg movie in 2018. Now looks like it has been cancelled and we will tell you why!

Recently, in an interview with Ray, it was confirmed that there are absolutely no plans as of now for the movie. Ray seemed quite pessimistic when asked about the updates on the movie and indirectly implied that it is not going to happen any soon. 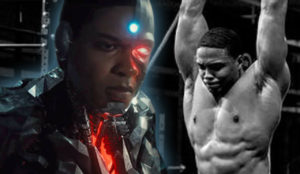 When asked whether or not the movie is happening or not he sounded downhearted about it.  His exact words were “I don’t know. I can’t comment on that specifically, because they don’t tell me anything until the very last minute. And it would be a very, very costly movie to make because it is so CGI heavy with Cyborg because I’m the only member of the League that’s not in a practical costume. You’re going to be looking at $200 million just to make it. So it’s one of those things you have to take into consideration. It’s a numbers game for some people at the end of the day.”

Well, It does make sense. The movie budget is two hundred thousand million dollars which is a big problem for makers. This is a hell lot of money! There is little chance that the movie will be able to achieve the expected success.

As per the makers, the movie requires high-tech visual effects which are very expensive to produce.  It needs a huge box office collection just to reach the break-even point and the movie’s main character is not that popular to make it possible.

As per the makers’ point of view, the movie will not be a great commercial success. People know Batman, Wonder Woman and Spider-Man kind of characters but they might not be aware of Cyborg as the character is not that famous among people and the fan base is not that huge. It is hard to make a movie with such a huge budget.

The cyborg fans, on the other hand, think that budget is just an excuse. There have been many budget-friendly movies made and appreciated by the audience. Some even won the best visual effects awards. If the movie has been written and shot properly, it is not necessary to have a huge budget.  Rather than ‘bigger is better’ makers could have focused on “less is more” mentality. The movie is absolutely feasible with less budget but maybe the makers don’t want to do it.

People like Cyborg from Justice League a lot and it might have been a great movie to make. Especially because of Ray Fisher who has made the character so much fun. Anyway, it might come in the future but only if the makers are getting a way to make it cheaper;  may be less than 150 million dollars. The movie still has the chances to come in future but for now, it is very unlikely to happen anywhere soon. So, we just have to wait and see how that turns.

READ  'In Another World With My Smartphone' Season 2: Complete things you have gained insights about
Total
0
Shares
Share 0
Tweet 0
Pin it 0

The world of Anime is massive, considering various levels of confusion, intricacies, happenings, actions and chaos. It depends…
byZaheer