Recognizing the Signs of Schizophrenia

We’re taught from a young age that physical health and wellness are key to living a long and vibrant life. But just as important is our mental health. When it comes to mental wellness, many things may come to mind—for instance, what we can do to help reduce stress, the unfortunate stigma around mental illnesses, or how we can seek support from friends, family, and therapists.

One of the most widely known but often misunderstood mental health disorders is called schizophrenia. Regardless of your familiarity with mental health conditions, you’ve likely heard of schizophrenia, the serious disorder that impacts 20 million people worldwide. Schizophrenia affects how a person thinks, feels, and behaves and is often coupled with episodes of psychosis.

According to the Mayo Clinic, people living with schizophrenia often exhibit the following psychotic and cognitive symptoms:

“Negative Symptoms” are also often present. The Mayo Clinic also groups reduced ability to “function normally” into a negative symptoms category. These refer to neglected personal hygiene, poor eye contact, apparent lack of emotion, social isolation or withdrawal, and an inability to experience pleasure. It’s important to note that individuals living with schizophrenia are not any more prone to violence than members of the general public. That said, do not allow someone you love to exhibit dangerous behavior that may put themselves or others at risk.

How to Treat Schizophrenia

Mayo Clinic notes that while most people with schizophrenia recognize that they are experiencing uncomfortable and difficult symptoms that make it challenging to live their lives, many are unaware that their symptoms are related to a mental illness. This can make seeking treatment challenging.

READ  The Octopus Reminds You to Drink Water

If you or a loved one is experiencing any of the above schizophrenia symptoms, it’s important to reach out to your primary care physician for an evaluation as soon as possible. If you have experienced “loss-of-reality” symptoms for at least six months, your doctor may diagnose you with schizophrenia. Treatments for schizophrenia have proven quite effective and are helping people across the world lead productive, happy lives. The National Alliance on Mental Illness notes that although there is no cure for the disorder, “the treatment success rate for schizophrenia is 60 percent, compared with 41-52 percent for heart patients.”

Most treatment plans include the use of antipsychotic drugs to relieve hallucinations, delusions, hallucinations, and distorted thinking, in concert with cognitive behavioral therapy. 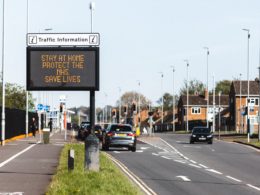 The coronavirus picked up a small change in the genetic code which is likely an accident. The sudden…
byZaheer 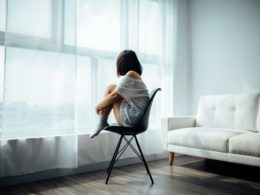 How to overcome Anxiety Disorders through Therapy

There is an alarming figure of those who experience anxiety. The data is quite alarming in the United…
byZaheer How To Effectively Use Hemp Oil

There are unmatched fatty acids (EFAs) in hemp seed oil. As we are discovering more and more, healthy…
byTehseen Kiani Studying is hard nowadays. Many students struggle due to the overwhelming and challenging curriculums. Others find it difficult…
byZaheer