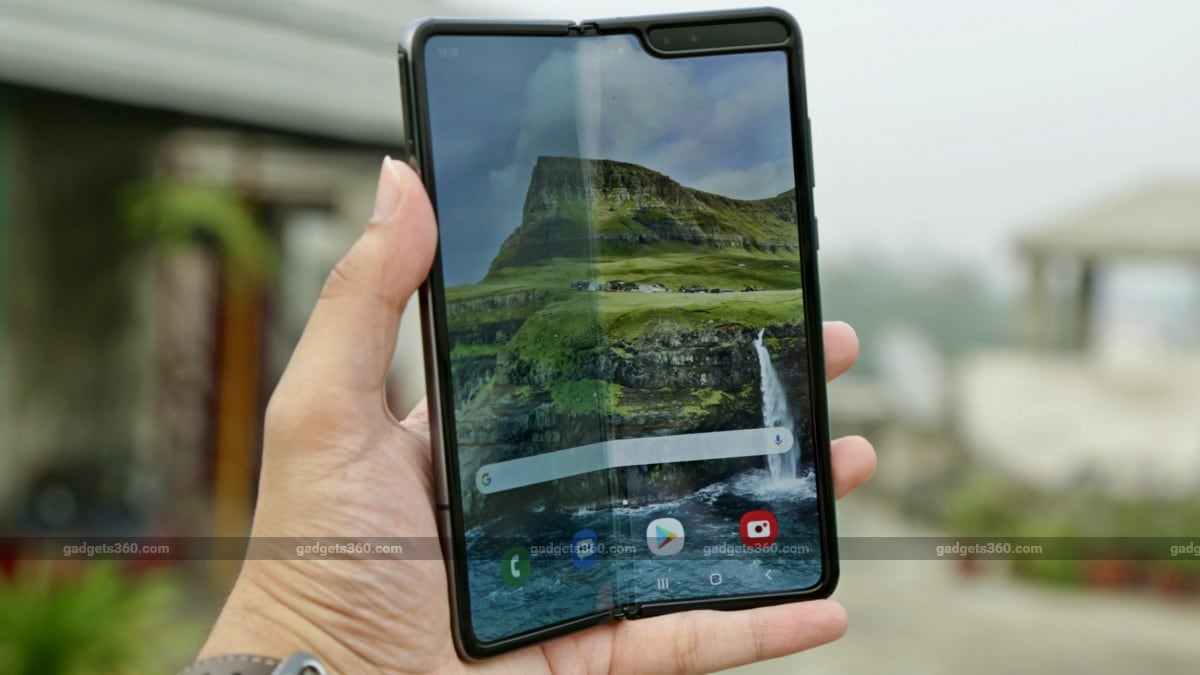 Samsung Galaxy Fold is finally getting the Android 10 update, however the release right now is limited to France. According to a report, the update came Thursday on the 4G variant of the device, while the Galaxy Fold 5G unit is also speculated to get the Android 10 update in the coming days. To remember, Samsung's most expensive smartphone, the Galaxy Fold, launched last year and shipped with Android 9 Pie. Another report speculates that Galaxy Fold smartphones in the coming weeks will receive new updates that are featured on Galaxy S20 phones.

According to a report by SamMobile, Samsung released firmware version F900FXXU3BTCD for the 4G version of the Galaxy Fold in France which not only contains the Android 10 update but also brings the March security patch. The update being rolled out over the air will bring popular features in Galaxy Fold, such as Dark Mode, Smart Reply for all messaging apps, enhanced security and privacy settings, and more.

It is still unclear when the update will arrive in India. However, in November of last year, Samsung released the roadmap for Android 10 update on their smartphones, where it was claimed that Galaxy Fold phones will likely receive the latest OS update in April. It will become clearer once Samsung officially announces the launch of Android 10 on Galaxy Fold smartphones.

Meanwhile, another SamMobile report has stated that Galaxy Fold phones will soon receive new features that are currently unveiled on Samsung's Galaxy S20 phones. The new features will be part of a separate firmware that is expected to be released in April.

According to the report, the new features in the firmware will include an improved Night Mode, Quick Trim, Quick View and Clean View, as well as a One UI 2.1 update. Other features like Night Hyperlapse, Pro mode for video, Music Share, and Single Take seen on Galaxy 20 phones will also be coming to Galaxy Fold smartphones. admin - April 1, 2020
0
It would be fair to say that Valve's digital card game, Artifact, didn't have much of an impact after its high-profile launch in... admin - April 1, 2020
0
It would be fair to say that Valve's digital card game, Artifact, didn't have much of an impact after its high-profile launch in...
©