Serum institute: Fire at the largest vaccine producer in the world

At the site of the largest vaccine producer that is situated in the western India, 5 people have been killed in the fire. The blaze did start at a building which has been under the construction at the Serum Institute of India’s facilities in Pune, and the incident happened on Thursday afternoon. The footage had showed thick plumes of smoke that were billowing from the building on the sprawling site of the company. The company even mentioned that the production of vaccine isn’t going to be affected. However, the cause of the fire is still not deciphered.

The Serum Institute’s CEO, Adar Poonawalla, said in a tweet, “We have just received some distressing updates; upon further investigation we have learnt that there has unfortunately been some loss of life at the incident.” Adar added, “We are deeply saddened and offer our deepest condolences to the family members of the departed.”

Mr Poonawalla said that there would be no impact on the production of the Oxford-AstraZeneca vaccine, and it is known locally as Covishield, “due to multiple production buildings that I had kept in reserve to deal with such contingencies”. 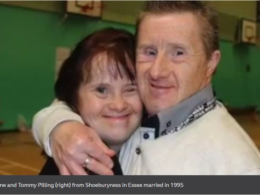 It is rightly said that love is blind! This adage got proved once again when we pay tribute…
byZaheer 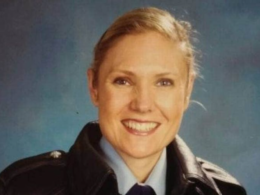 The Senior Constable Kelly Foster, who was of 39 years old had made an attempt to save the…
byZaheer