NewsDio desk : The US after gathering series of concrete knowledge and information about how Chinese groups have been charged of creating computers to strengthen its military, has blacklisted seven Chinese groups.

The Biden administration has enforced the mechanism which would make it very tough for China to make use of the US technology.

The US has come up with a ‘blacklist; highlighting three companies along with four branches of China’s National Supercomputing Center.

The move has stopped the American companies to export its technology without proper mechanism which is needed for approval.

The move is being seen as a security measure where there has been a quick reaction by the US commerce department which said that the groups were manufacturing super computers which will be used by the Chinese “military actors” to produce weapons of mass destruction.

US Commerce Secretary seems to be very alert and cautious regarding the extent of Chinese authorities who are eyeing to make full use of US technology to build sophisticated tools for their own interest in order to strengthen and improvise military.

Now, thanks to the efforts taken by the Biden government, it will make it necessary for the Chinese groups to get the necessary license for accessing as well as using American centric technology and that also includes chip infrastructures.

READ  Thousands have succumbed to wildfire pollution in US, say scientists

What is a supercomputer?

Supercomputers are known for giving high performance with respect to other computers and can hence make billions of calculations per second.

These computers due to their extremely high level of processing capabilities are meant for various sophisticated functions in terms of conducting nuclear tests, or forecasting weather along with conducting research in pharmaceuticals.

These computers become the reason why researchers depend on highly developed weapons in the form of hypersonic missiles.

READ  What Are The Government Currencies, And How Are They Different From The Cryptos?

These computers become the basis for creating modern weapons as well as to strengthen the national security system with the inclusion of nuclear weapons.

The associated concern is mostly visible on the face of US which has been very worried about how Chinese are trying to access US technology to strengthen its military base.

Mr. Biden’s fear is quite noteworthy where it is very concerned regarding China which is fast moving at a higher pace to US while strengthening its military and registering a strong economy in the process. The technological world is keenly waiting for the Android updates, but right at the moment, Samsung has tried…
byZaheer 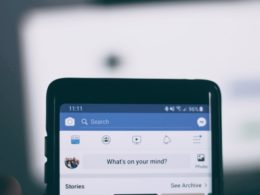 NewsDio Desk : Facebook has been very strict, concerned and highly watchful of the actions of ‘paid reviews’.…
byZaheer