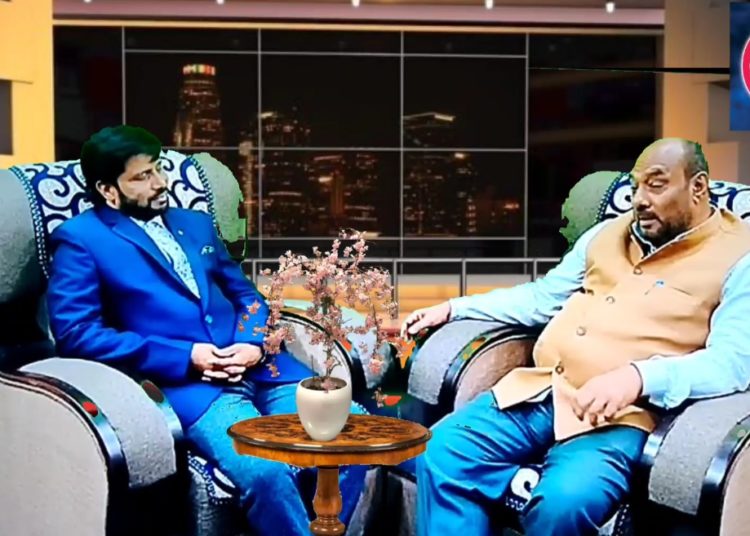 On 11th June 2022 the most eminent and efficient and a famous poet ,anchor Shafeeq Aabidi was interviewed by Dr Imam Qasim Saqi on urdu literature and anchoring skills.

IQS: Tell me a bit about yourself.

Sh. A: I was born in 1958 at Alipur in Karnataka . I had my early education in Alipur and joined in High school at Sri Seva Nanda High School. Later I discontinued my studies because during that period my father was expired .
My ancestors were well educated and poets almost they wrote on religious literature, every poet may have religion but there is no religion for literature , because situation demands the poet /author to write certain things. The atmosphere provides your language accent and make you perfect in language.

Abu Salman Shahjahanpuri is No More

IQS: What makes you to predict in poetry word?

Sh. A: I have already mentioned that ,I received the zeal of writing from my ancestors, that’s why I insist that the environment forces you to do something regarding environment .
I began to write from college days . I learnt the techniques in literary work from Mujahid Alipuri, and Azam Razvi Barabankavi, and continued writing , and struggled in filmy world and try to write screen play but didn’t succeed because in my opinion film world is like a mirage one cannot get what one’s thing some will succeed it depends their background and fate.

IQS: Who is better poet / author / or an anchor , whether he should be both. How did you enter in this field?

Sh. A: A good poet / author will be became a good anchor, I was not interested in anchoring but my beloved person forced me to enter into anchoring, their love and affection make me a good anchor, but still I am a student of those things.
One draw back of anchoring is the anchor will not get time to protect ones literary work because of lack of time. If an anchor is avid reader writer or poet he will maintain the situation by throwing such words to attract audience, because all audience are not educated persons . he should keep all audience in control by using certain words.

IQS: What is the position of stage performance of poetry (MUSHAIRA)?

Sh. A: Nowadays the stage of poetry has no literary critics , only a poet can play a key role to attract audience, but in olden days mushairas were conducted to learn language , culture, and accent of words , but nowadays it lacks in writers and poets.

IQS: Why did the audience pay less role in Mushaira programme?

Sh. A: Present media pays the main role, every one is busy in different activities because they would like to watch everything from media, that’s the slogan makes it true that “KARLO DUNIYAN MUTTI ME”.

Urdu language pays the efficient things to talk with culture and nowadays we are not following the essence of literature that’s why we cannot attract the audience. This is also one kind of draw back for Mushairas.

IQS: How can reading improve the language?

Sh. A: You have sparked good question because nowadays every one is busy with media , one should focus on reading, if you read the different era’s literature than only you can understand or get knowledge regarding literature.

IQS: You have received so many awards form different States. How do you feel?

Sh. A: All awards and rewards are love and affection of people , who love and respect me , still I am thinking , I am not eligible for awards, I thing this is the love of other’s . one cannot write anything for awards , but his writings give him the respect in the form awards .
Received Galib Academy Award, Pasban Award , Fakhr e Urdu Award , and Sir Sayed Award , get best anchoring Award and so on .. I think so many writers and poets better than me but the selection of audience love makes me different , I am heartfully thankful to those people and specially I thank to BAZM E SAQI E SUKHAN and because you provide the plot form in the form of interview it’s an unforgettable movement for me.

Imam Qasim was born on 15th May in 1972, at Palamaner in Chittoor DISTRICT. He has been working as a teacher since 1996 in KADAPA DISTRICT. He authered four books till now. All his books were awarded from AP URDU Academy. 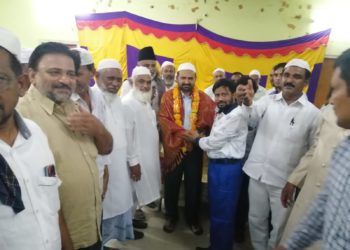 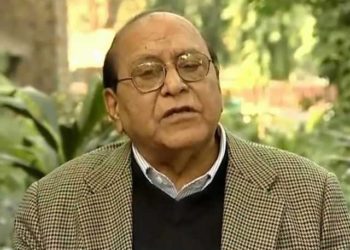 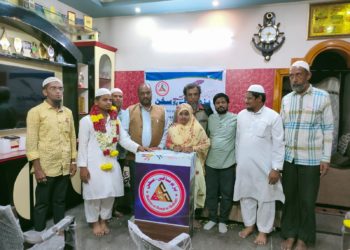 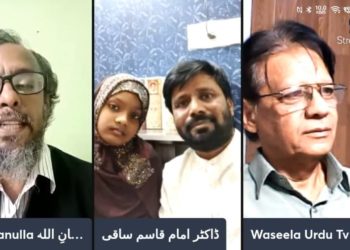