Skater went half deep in ice, thanks Apple watch for rescuing him

NewsDio Desk :In what could be termed as a direct help which many may termed the event to be straight from the action packed Hollywood flick, Apple watch has actually saved the life of an individual.

The man who was skating maneuvered though the frozen expanse of water, thereby falling down under.

William Rogers a well known seasoned skater was on his skating expedition right on the surface of Salmon Falls River in Somersworth, US. However, as unfortunate as he possibly can, he suddenly found himself half inside the icy water.

He may have miscalculated the move as the surface was not a proper place for him to skate on. He did try to move and climb up, but wasn’t getting successful. He was infact sinking further with every effort he was initiating to get up

He rightly thought that the first aspect he has to undertake that he wanted to get out of the water, as fast as he can possibly. But, he soon understood that more he pressurized himself, he would only be going deeper.

He realized that there is no need for him to panic and that he kept as calm as he possibly could.

Well, for everyone, this is obviously one of the best traits to imbibe, given the fact that we never have to panic or lose control over our emotions at the hardest of times. These are the testing times, when we have to actually be calmer and composed than even before.

See also  What You Need to Know About Home Security Cameras

After he tried, he knew that it wasn’t possible for him to get away from the frozen water. He later on started to feel that he is losing the body heat in the fastest possible manner. Although, he realized that he has a phone where he could easily reach, but he didn’t have a free hand to use the same. This was the time, when he thought that he has 10 minutes to decide the same, or else severe cold may just prove to be life threatening for him.

This was the time, when out of chaos and confusion, he realized that he was wearing the Apple watch and that he was actually in a lucky position where he can simply call someone without the need to actually touch the watch. He therefore, initiated emergency services from Apple Watch and sooner that the firefighters made their entry at the place and was successfully rescued well on time.

Thanks to the emergency SOS feature available with the Apple Watch, it creates an automatic mode of dialing local emergency services during the time, when the watch detects a fall.  Even Apple couldn’t have comprehended that in the subsequent times, his Apple watch would be able to rescue a man from the jaws of death just in time.

The best thing is that a life has been saved and a cheerful man who is inspiring one and all is going to live again with new hopes and aspirations. 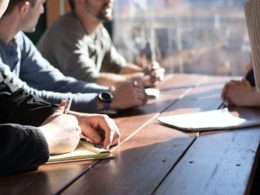 How customer’s emotions reflect their belonging for products: Startup from Bangalore has better planned it

Is it possible for artificial intelligence to determine your exact cause of emotions while looking at a product?…
byDanish

The Facts You Cannot Resist: Eight Reasons to Earn CompTIA A+ Certification and the Use of Practice Tests

Probably, you’ve heard a lot of times that earning the IT certification will shower you with many benefits.…
byDanish 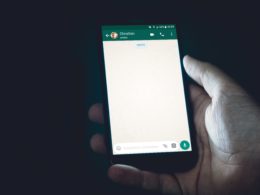 NewsDio Desk : WhatsApp has started with the feature where you can actually mute videos prior to sharing.…
byDanish