SRK Canada did absorb the LTI which stands for Labrecque Technologies. The LTI is Sudbury-based mining simulation software. This software is taken up due to a merger that has consolidated a long-term global partnership.

The demand for the simulation via the help of computer modeling is growing continuously and rapidly. According to Mr. Pierre Labrecque who is the President of LTI states that now that the LTI is going to be operating as a business unit under SRK Consulting, they are finally going to be able to provide much better value to their clients. This is going to be done by continuing the collaboration further along with SRK specialists all across the world.

Labrecque states that LTI has a decade of experience when it comes to the application of industrial and mechanical engineering regarding the methodology of mining. It did help the clients plan expansion with the help of discrete event simulation models. It also helped in evaluating design along with processing options, predicting performance, optimizing production and development, identifying and overcoming bottlenecks and also accessing the impacts of the incorporation of new technology and equipment into the existing systems.

According to Mr. Gary Poxleitner, the SRK Sudbury practice leader states that the connections with LTI on the mine plan optimization is going to be increasing the owners and operators confidence in the mining plans. He further states that they are going to develop with them so as to improving the economic valuations. 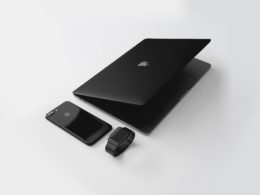 It is true that visuals have far more value mainly due to the attraction it offers.  Apple has…
byZaheer OnePlus is ranking way far behind Samsung, Google as well as other companies. This is because of the…
byZaheer