Kailyn Lowry is all set to move out of the house. She along with her 4 sons have packed up all their goods and they seem to move out of the home that they have lived in for the past year. The MTV star had shared an emotional farewell to the home where the family had seen their highs and lows together.

Teen Mom 2 star Kailyn Lowry reveals that a home can hold so many memories, and they remain even more vivid when young kids are living and growing up together in that house. She is leaving behind the Middletown, Delaware house where she had lived over the past year and it is evident that the family has some serious feelings about that house. A lot of things have happened to her including the fact that she has become pregnant for the fourth time and that the house became the first home for her 6th month old son, named Creed. She shared an emotional post on Instagram on 5th February sharing thoughts about the place and how it meant for her.

Kail even shared a black and white image of her walking through an empty upstairs hallway. She was seen from behind while wearing a black sweater and a pair of leggings along with a black sneakers with her hair tied up in a ponytail. She began the caption quoting, “I sold a house today. It wasn’t my first house, it wasn’t my second house, but it was the most important house. I put building my dream home on hold when I bought this house and took a risk many wouldn’t understand. This house is the physical manifestation of both the lowest and highest points of my life – the best point being Creed’s birth.”

She went on starting, “I learned so much about myself and life in general through the extremes I experienced over the course of the year here. There’s so much more to my story & if you know me closely, you understand what I mean & what this represents. Closing this chapter for me means relief, optimism & confidence in future decisions.”

She shared her emotions regarding the house stating that these ups and downs in her life taught her a lot. She was seen in amazing spandex pants, and was looking really pretty! 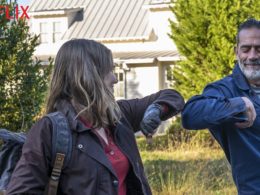 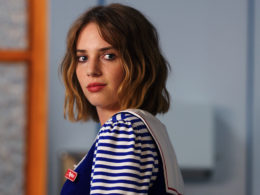 Sonam Kapoor was the most famous heroine in Bollywood. She watches the “Tenet” in a London theatre. She…
byDanish
4 shares
4
0
0