The online market has been a boon to every mankind who is at least a user if not a tech-savvy, having adapted to the online shopping we have shopped like a bunch of things and we continue to do so and with Black Friday sale already on the run to complete this year’s term, Nvidia also looks to dip into it and exploit the benefits and reciprocate the same with its loyal fans.

The GPU making company has made the graphics experience much better in gaming as well as produced the best SoCs for mobile computing and automotive market. They have a made a name for themselves and gamer die to have their graphics cards on their machines (Pc or laptops). If you are looking out to buy the unimpeachable graphics of Nvidia then there would not be any better time than this, Nvidia has made the prices cheaper and made it affordable. 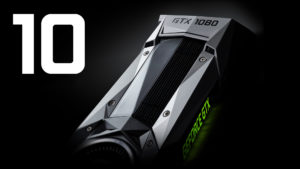 The Black Friday deals may not last long, so this is the time to check out their website and get the 10 and 20 series graphic cards packed with full powerful performance in your PCs or laptops.

Well, we think Nvidia is making the most out of the Black Friday sales and outsmarting their counterparts with making their products a lot less cheap. As we said earlier, they are selling both the GeForce GTX 10-series and 20-series cards at a launch price, it looks like the 20-series might not go anywhere, however, the older pascal cards are disappearing at a blistering speed from the stores, and where they are available the price seems a little more than what you would call reasonable.

If you fancy a 10-series card then this might be the perfect time to get your hands on it. You can make the purchase on Nvidia’s official store, here. You won’t get another chance to get these types of bargains for like another year or maybe never.

To narrow down which are the best deals, we have compiled 3 to 4 products which we think fits the bill of reasonable prices.

We think the best deal is undoubtedly the ZOTAC GeForce 1070 Ti which is priced at a mouthwatering $349 (price is changing regularly as per the availability of the stock). If you are looking for more firepower then we would recommend you to go for GTX 1080 AMP which can be bought at a mere $439. Lastly, if you do not want to compromise on anything then there is this monster GTX 1080 Ti, the founder edition which will cost you around $699 at the official store of Nvidia.

READ  Designated Survivor Season 4 : Will there be any revival of the show?
Total
0
Shares
Share 0
Tweet 0
Pin it 0 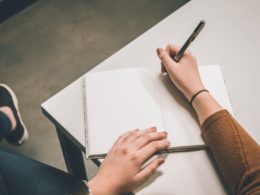 There are many reasons why you may choose to use the services of a professional online writing company.…
byZaheer