The Book of Boba Fett: Chapter 3, war is going to escalate! 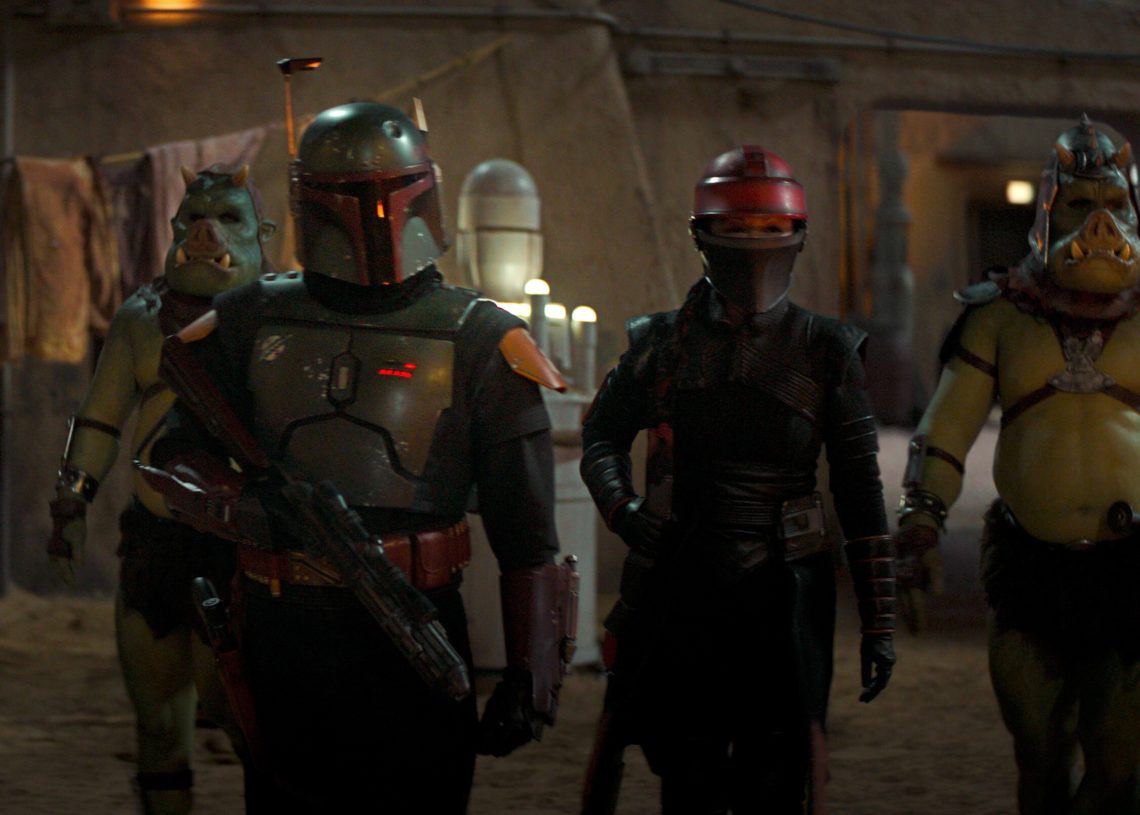 Fans were enthusiastically waiting for The Book of Boba Fett: Chapter 3 which had released recently on January 12, 2022. We saw Boba Fett and Fennec Shand continue to face challenges as they now control the territory that was once of Jabba the Hutt. Chapter 3 of the series ‘The Streets of Mos Espa’ has come up. Make sure to watch it.

Recap to what happened in Chapter 2?

We saw Boba Fett and Fennec Shand visit the Sanctuary, a cantina in Mos Espa. There they were ambushed by a group of assassins. Fett gets injured and his guard takes him back to the palace for treatment. Fett and Shand interrogate the captured assassin who claims to have been hired by Mok Shaiz, the Mayor of Mos Espa. Shaiz outrightly denies this and instead offers Fett payment for arresting the assassins. He also invites Fett to visit the  Sanctuary again. Later we see Flip informing Fett that two of Jabba’s cousins, known as “The Twins,” hatching a plan to claim Jabba’s throne for themselves. The Twins arrive with a bounty hunter called Black Krrsantan and try to intimidate Fett, but he refuses to surrender. We again see Fett recalling a flashback, where we get to know that Fett was trained to combat like the Tusken fighters. When the tribe was attacked by the Pykes, Fett stoles the speeder bikes and teaches Tusken’s to ride them. He led the tribe in a successful attack to stop the train and eventually comes to terms with the Pykes that they have to pay a toll to enter the Tuskens’ territory in the future.

Chapter 3: The Streets of Mos Espa

It seems obstacles are not going to end for Boba Fett in maintaining Jabba’s empire. Now in chapter 3, we see a water-monger named Lortha Peel asking Fett to punish the gang of cyborgs stealing his water in Mos Espa. Seeing the unemployment of the cyborgs, Fett puts them to work as enforcers. In Fett’s flashback, we saw how he dealt with the Pykes. And upon returning to Tuscan camp he found the tribe destroyed by the Nikto gang. In today’s time, Fett was attacked by Krrsantan. However, his guard captured him in the basement. We see the Twins then arrive, bringing rancour as a gift and promising to leave Tatooine because they were misled by Mayor Shaiz.  Fett and Shand and the cyborg guards again go to Mos Espa to question Shaiz, but he was nowhere to be seen and his majordomo also flees. Athe the end of the episode, we see cyborgs cornering the majordomo, who asserts that Shaiz is working with the Pykes and that more Pykes are arriving in Mos Espa. Fett decides to prepare for war. Now, it seems that some real action and speed are going to build up in the upcoming episodes as war will escalate between Fett and Shaiz.

Reviews on The Book of Boba Fett: Chapter 3

Reviews have been mixed. Some feel that the author has taken too many liberties with established canon, while others appreciate the new perspectives and insights offered into Boba Fett’s character. Some have complained about the slow pacing of the story, but most seem to agree that the action scenes are well-done and exciting. Overall, it seems that fans of Boba Fett will enjoy this latest instalment in The Book of Boba Fett series. Fans of the book have been eagerly waiting for the release of Chapter three and it does not disappoint. The action starts from the beginning and doesn’t let up. Shaz is a formidable opponent and Fett has his hands full trying to take her down. The story is well written and provides some interesting insights into Boba Fett’s character. I especially enjoyed the scenes with Jabba the Hutt. They were very entertaining and provided a new perspective on this often overlooked aspect of Boba Fett’s life. The only downside to this episode is that it is slow in parts, but this can be easily forgiven considering how exciting the rest of the scenes are. Overall, I would highly recommend The Book of Boba Fett.

When did chapter 3 release?