The data of LinkedIn users is for sale.

NewsDio Desk : At a time when the country is coming to terms of the Facebook data leak which has sent shockwaves as people are coming to terms about how can a tech company of such a stature can succumb to the nefarious designs of the attackers, there has been another startling revelation of similar nature.

This time the concerning news is from LinkedIn. The news which may not give sound sleep to people after they learn that 500 million users are subjected to data leak in LinkedIn as allegedly their data has been put on sale online, by the hackers.

The  sensitivity of the leaked information can be gauged from the fact that wide list of personal details in the form of complete name, email addresses, contact numbers, gender along with Linked IDs as well as  other work centric details is on display.

The gross misuse of such important details is hard to be digested; more so as it comes from such reliable sites which are known for maintaining the height of professionalism and dealings.

The method of working wasn’t hard to understand as anyone can purchase the leaked data by paying $2 of forum credits from hacker forum.

The news is much more alarming given the fact that the 500 million user database is on display elsewhere for 4-digit sum, as per the concerning report emerging.

There has been a reaction from LinkedIn who said that it has investigated the whole event and has also admitted that the personal details were put on sale. However, it denied terming it as a security breach since no private member’s account data was leaked, the company reacted.

The company further clarified its stand by saying that in the event when the member tries to obtain data without the permission of member and LinkedIn, then the company certainly doesn’t permit them and importantly hold them accountable.

The month seems to give jitters to different account holders who are using social media platforms frequently. Since, in the beginning of month, the reports of data breach came to the fore with 533 million Facebook users where 61 lakh Indians were subjected to the breach, as their details were put on digital forum.

Considering the whole scenario, the users are certainly quite shocked at the spate of incidents where their accounts are so easily be hacked and put on display.

No words can justify the data breach which has been a source of concern not just in India but across the world forum which is still coming to terms about it.

If such a practice continues, then users will have to think twice of using their card details due to the associated danger of getting their confidential information leaked online.

It is true that currently the world we are living in, is very volatile as hackers have braced themselves towards inflicting the maximum damage.

Therefore, the responsibility of social media platforms becomes all the more to take much needed and necessary remedial measures while ensuring their mechanism fool proof safe and secure.

What is the first thing which comes to your mind when we say the word “shopping”? We bet,…
byVicki Ward 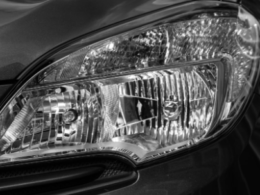 Troubleshooting The 4 Most Common Headlight Problems

Your headlights are an essential part of your vehicle. Of course, they are a legal requirement. But, you…
byZaheer