The method of making bitcoin through the verification process

As bitcoin’s value rises to all-time highs, the enticement of earning bitcoin through the mining process has kept pace. The method of making bitcoin through the verification process is costly and not environmentally friendly. The appeal of mining for bitcoin is that you can earn bitcoin for your hard work if you do it correctly. Miners of bitcoin are reward by earning crypto tokens.

What is a Miner

A cryptocurrency miner gets paid to audit transactions. They are verifying the legitimacy of bitcoin transactions. This process is meant to keep the process honest and make sure there is no fraud in the bitcoin creation system. The goal is to eliminate the ability of double-spending.

What is Double Spending

The process of auditing is geared to eliminate the double spending of the same digital currency. Digital currency is like cash in that you should only be able to spend it once. If you give someone a $10 bill, you cannot spend the same bill again unless it’s a forgery. If you made a counterfeit bill with the same serial number, someone might recognize it. Unless the merchant gave you the $10 bill back with the merchandise your purchase, you would not be able to spend the same $10 bill again.

What a Bitcoin miner does is analogous to auditing for double-spending.  To go through the auditing process, a bitcoin miner needs to check transactions to make sure that users have not illegitimately tried to spend the same bitcoin twice. The goal of a miner is two-fold.

They have to verify 1MB worth of transactions. They also have to be the first miner to arrive at the 64-digit hexadecimal number less than or equal to the target hash. Some of this could be considered guesswork. The total number of possible guesses for each of these problems being on the order of trillions, it’s incredibly challenging work. To solve a question first, miners need a lot of computing power. To mine successfully, you need to have a high “hash rate,” which is measured in terms of megahashes per second. Once miners have verified 1 megabyte worth of bitcoin transactions, known as a “block,” those miners are eligible to be rewarded with a quantity of bitcoin.

With bitcoin’s price at all-time highs, the number of miners participating in the auditing operation has increased significantly. This activity has a negative environmental impact. Energy-hogging crypto miners have been blamed for power outages in several countries worldwide.

According to research by cryptocurrency economist Alex De Vries, bitcoin’s record-high prices have created a crypto mining backlog where emissions from mining the virtual currency are likely to stay high regardless of the price.

With only 1 million bitcoin miners in the world, the amount of electricity that mining consumes in one year is equal to that used to power Malaysia, Sweden or Ukraine, according to the Cambridge Bitcoin Electricity Consumption Index. De Vries’s research claims that bitcoin’s yearly carbon emissions are on track to match London’s city, estimated to be 98.9 megatons. The study estimates that every dollar of bitcoin value mined accounts for 49 cents’ worth of health and climate damage in the U.S.

The mining process takes massive computing power in a race to audit a block of bitcoin and then be the first to guess the 64-bit hexadecimal code, which could have trillions of outcomes. The upshot is that the more computing power you have to throw at the problem, the more likely you will be the first to solve the equation. Additionally, the higher the bitcoin price, the more people will want to participate in the mining process and earn bitcoins from auditing the double-spending issue. That has effectively set off an arms race in which miners invest in even more computing equipment that they keep running 24 hours a day.

The demand for mining software and hardware is surging. Bitmain, a significant maker of mining rigs, sold out through August, while competitor Canaan is working through a backlog of 100,000 orders. Unless more miners can find cleaner sources of power to meet their computing demands, regions worldwide are likely to restrict or eliminate bitcoin mining to eliminate their environment’s neative impact.

The underlying issue is that to create bitcoin; you need to use a significant amount of electricity from computing power. As the market trades crypto to all to highs, more miners who verify transactions and get paid to handle this process are involved. Hardware and software used to mine bitcoin is either sold out or backlogged. In some instances, the costs of mining equal to the consumption of major cities worldwide. If miners cannot find a more effective way to mine for bitcoin, they are likely to face a systematic shutdown as they consume more energy and set a negative carbon footprint across the globe.

Author
Radhe Gupta
He has worked with various business magazines like Business Today Outlook as a freelancer before joining the team. he is an addicted reader of self-help books, fiction, and journals. 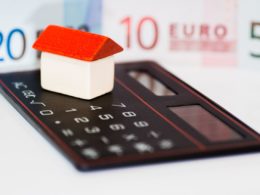 What are the different types of lifetime mortgages?

Choosing the right mortgage can be difficult when thinking of buying a new house. There are so many…
byRadhe Gupta 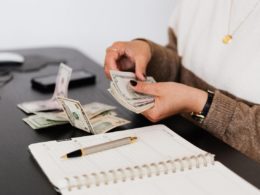 Understanding How A Forbrukslån Works

The school system is perfect when it comes to teaching us the basics of math, physics, and biology.…
byZaheer 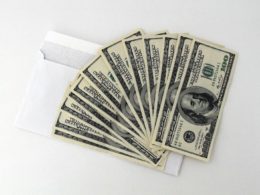 Should You Start Setting up an Emergency Fund?

An emergency fund is an essential financial tool. If you don’t have one already, you should think about…
byZaheer