Netflix on Thursday released a new trailer for Chilling Adventures of Sabrina part 3, which shows Sabrina Spellman (Kiernan Shipka) to save Greendale, her family and her friends.

Between shots of Sabrina in the cheerleading team and surrounded by demons singing, the trailer delivers a clear "All Hail The Queen" message.

According to the synopsis of the program, although Sabrina defeated her father Lucifer Morningstar / The Dark Lord (Luke Cook) last season, he remains trapped inside the human body of her boyfriend, Nick Scratch (Gavin Leatherwood). Sabrina and her mortal friends Harvey (Ross Lynch), Rosalind (Jaz Sinclair) and Theo (Lachlan Watson) are working together to help free Nick from eternal damnation.

Sabrina must also assume the title of queen to defend the underground kingdom against a new challenger, the Prince of Hell Caliban. And all this is happening as a mysterious carnival arrives in the hometown of Sabrina, Greendale, bringing with it a threat to his family and his coven.

Bonnie Burton of CNET contributed to this article. 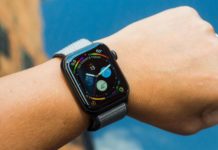