Top 5 Asian currencies and why trade them in 2021 2020 has been a very tough year in every aspect. The uncertainties that the coronavirus pandemic brought to the countries is not over yet. Markets crashed, financial stability was disrupted and states experienced a huge economic blow. Unemployment rose notably and currencies have been affected by the ongoing pandemic.

But still, it should be said that some people greatly used a current situation to their advantage in terms of Forex trading. June was the hottest month for the currencies of Southeast Asia. Almost every one of them has grown and has been able to compensate for the losses caused by the coronavirus pandemic.

The Indonesian rupee, which has risen 15 per cent this quarter, could defy the peso given strong external demand for the country’s debt. Here are some detailed factors that affect Asian currencies in the second half of 2020 and could be pivotal for trading in 2021.

Is PCP the best way to get a car on finance?

The peso’s performance is partly attributable to an improvement in the current account balance of payments: in April there was a record drop in imports of goods since 2009, as the borders of the island country were closed due to coronavirus. Despite this, remittances have declined.

The Central Bank of the Philippines expressed concern about the rate increase. The regulator had to intervene to stop it. Investors are waiting for conclusions about the future rate of the peso, which will be presented during the meeting of representatives of the central bank. The Philippine financial regulator is expected to keep rates unchanged. Earlier this year, the central bank had already reduced the base interest rate by 125 points.

For people who want to find the best forex brokers in Asia to trade with such a chain of events is indeed very beneficial for trading.

Foreign capital returned thanks to local debt raised after the sale of government bonds worth about $9.5 billion in February and March. Since then, the number of cash revenues to the country amounted to 996 million U.S. dollars, which indicates the potential for further growth of the rupee.

The Central Bank of Indonesia, as before, considers the national currency undervalued against the background of low inflation in the largest economy of Southeast Asia. The regulator expects that the country’s current account deficit will be reduced to 1.5% this year.

In this quarter, the Thai baht grew by 5.8%, reducing the annual loss to 3.4%. The current account surplus of the country’s balance of payments was the impetus for the growth of the currency. Despite this, it also shows a drop due to the lack of tourism revenues as a result of the coronavirus pandemic.

The obstacles to the growth of the Thai baht are likely to come from the Bank of Thailand. Representatives of the financial regulator warned that they are ready to take measures to ensure that the strong exchange rate does not interfere with the economy.

The Monetary Authority of Singapore manages the exchange rate relative to other major trading partners, which is a policy tool of the financial regulator. The government does not use interest rates, as other central banks do.

Easing of a quarantine imposed in the country was a positive factor for the local currency. In the future, we should expect that a weak currency will stimulate the growth of the economy of the country dependent on trade.

Overall, the Singapore dollar has fallen more than 3% since the beginning of 2020.

Oil price volatility and political instability have had a negative impact on the ringgit, leaving it at the bottom of the Asian currency rankings. After falling more than 5% in the first three months, the ringgit climbed slightly by 1% in the second quarter.

The financial regulator of Malaysia constantly presents data on the level of inflation, on which the future of the local currency will depend. Can I get a loan with a low credit score? Read our tips to find out! 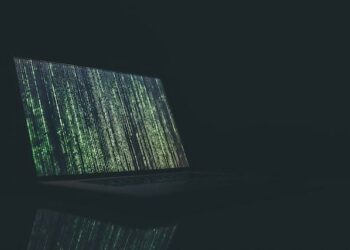