Video Streaming has come of age as the necessities of people have directly shifted towards watching videos more often now, than it was before. Yes, watching them is easier to gain the maximum mileage along with developing connection and now with inexpensive internet cost, it has become even more economical for the masses. Viewing videos isn’t difficult as mostly video player apps can run the popular video codecs with no problem. Let’s now go through the best video player apps for Android:-

Xender is a video player along with file transfer app. Now sharing music or movies has become such an easy task without internet. The app gives you so many movies and files to watch with ease and perfection. However, still, it lacks playback control or advanced viewing which may be present with various dedicated video player apps. So, if you often need to share files with your friends or watch movies, then you already know that you have this option available with you.

Video Player All Format works with basic functions. It has the support for various video codecs. Apart from the same, there are other features in the form of Chromecast support, privacy folder, variable speed playback controls etc. It delivers to what it promises during the testing phase. You may not find banner ads, but still you may have to contend with few ads in other areas.  By paying a premium of $3.99 you can rid yourself with unwanted ads. Although, many termed it to be on a down side, but still considering the features and the functions involved, it deserves to be in the list for sure.

There are certain apps which quickly make to the list and prove their worth where VLC is one such app which has basically made a name for itself due to its uniqueness and the ability to stream videos. Also, if there is a URL with you, it can also be played in the desired video format.  Quite like others, it has codecs built-in where there is no need for additional plugins. Other than that, the app has proved its worth and you can certainly experience it to be believe as well. In the event where you want to get hold of the latest features, you can also try out the beta version as well.

MX Player has been in the list of apps which has been known for being the most popular video player apps. The thing which makes it popular is the uniqueness as the features makes it apart from the rest such as it has support of more formats than others. The app also has the credit of being the first ever which started including the hardware decoding, hardware accelerated playback etc. Apart from that, it makes use of gesture controls and importantly there is a lock for kids as well. There are plugins which give more power and function to the app, based on your need.

How a video player app becomes different can be best ascertained and known with Plex. It is unique in several respects. The app creates a server on your computer and then it will stream to your mobile from computer. It also shows you how far you can successfully experiment with things, even if you have only 32 GB of storage on your phone. Although, the service is free of cost, yet the cost of mobile app is $4.99 while by paying another $4.99 monthly subscription you can get hold of comparably more of features.

AllCast transfers your stored content to Chromecast, Apply TV, Roku, Xbox 360 etc. Although, initially the journey at the beginning for AllCast was not that smooth, yet it has find its stability soon after. While if you are watching for free, you can do so for maximum of five minutes while the pro version is free from any restrictions.

When it comes to counting the list of most popular video player apps on Android, then Archos deserves to be in the list. It has enriching support for various video files in the form of WMV, MP4, AVI, and FLV.  It also comes with various other features like NAS support and server, external USB support etc. While closely observing the app you will realize that it comes with quite a modern interface.  While checking the Google Play reviews you may find that few have issues with the app though.

Talking about the longer existence of apps, BSPlayer is one of them which have been there for a long time now.  Technically speaking, it has strong background of how backend features work in terms of multi-core hardware, decoding, hardware accelerated playback etc. Additionally, it also comes with streaming related support. You will also get subtitle support where through compressed formats, you can play files. You can watch for free, but it will be at the cost of experiencing ads. You will come up with associated plugins which will give you greater level of support. The cost of the full version is $5.99

LocalCast is quite similar to AllCast and both of them have roughly the same functions. Having said that, they compete with each other. It basically helps you to stream media from your device to Chromecast, Roku, Xbox 360/One, Apple TV etc. There is also a feature where you can stream from cloud storage. Technically speaking, it has the codecs which is supported by Chromecast. 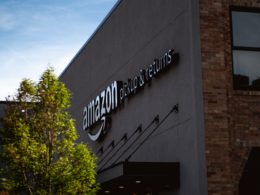 No doubt, Amazon had made quite a good amount of name and fame in the e-commerce industry and…
byZaheer