Trollhunters: Rise of the titans ending explained is a great animated series. Trollhunters has been one of the most popular television shows in recent years. Troll hunter’s rise of the titans ending explained was one of the best seasons, and it had some really shocking twists that left many people on the edge of their seats. Trollhunter’s season two ended with an interesting cliffhanger, which leaves everyone wondering what will happen next.

What is the ending of Trollhunters: Rise of the titans?

Trollhunters: Rise of the Titans is the ending to Guillermo del Toro’s Tales of Arcadia. There are three shows in this series – Trollhunters, 3Below, and Wizards. And now there is a movie too. It is all on Netflix and it is about trolls who are hunting for humans. It’s based on the Trollhunters novel Del Toro created along with Daniel Kraus, though the animated shows have greatly expanded on the book’s original premise.

Trollhunters first showed us another magical world that is hidden just out of sight. 3Below introduced aliens, and Wizards explained why that magic has been hidden. In this movie, all the characters of Arcadia are together. It’s called “Rise of the Titans.” This is the last book in the series. It does not mean that there will be more stories in the future, but it can happen if DreamWorks or Netflix want to do more books.

In Trollhunters: Rise of the Titans, people from the Arcane Order finally catch Nari. They make Earth come back to life by using Genesis Seals. They ultimately fail, of course, because the Guardians of Arcadia – Jim, Toby, Claire, Blinky, Aja, Krell, Varvatos, and Douxie – do everything in their power to stop them, but even so, their victory comes at a price. These sacrifices, however, are the very burdens heroes are so often asked to bear, and in Rise of the Titans, the heroes prove more than up to the task.

How The Guardians Of Arcadia Defeat The Arcane Order?

Nari is under Belloc and Skrael’s control. They use the Genesis Seals to make three huge creatures, which will cause the world to be destroyed. Even with the best circumstances, this would not be an easy fight. But Jim cannot access his Trollhunter abilities, which means that the Guardians of Arcadia are not as strong. Jim keeps fighting even though he’s underpowered. He can’t fight the battles that his friends are fighting, but some of them die. Nomura and Strickler, and even Nari after she is freed from the mind control, all give their lives to stop the Titans. Jim is sad when he loses Skrael and Nari. But it makes it worse that only Skrael’s Titans die, not Jim’s or Nari’s too.

The showdown with Bellroc takes place where else but back in Arcadia Oaks. The plan is for Jim to pull Excalibur from the stone, retrieve Merlin’s gem from the hilt, and use it to power a new Trollhunter amulet. In the Wizard’s finale, Jim tried to pull the sword from the stone. It didn’t work. But he will figure out what Nari meant when she said: “It’s by failing that you can finally decipher what I meant.” “Trollhunter make the ninth configuration.” Jim looks at his friends and realizes that they helped him win as Trollhunter. So he knows that if he needs to use Excalibur, his friends will help him too. Jim grasping the sword while the rest place a hand on the stone – pull Excalibur free.

Merlin finds a gem and sends Stuart to put it in Jim’s amulet. The group goes to the last Titan and Bellroc is very powerful. He takes out all of the Guardians except for Jim. Jim is only human, but he does not get scared. Bellroc is attacking him and Jim holds on until the Trollhunter amulet comes. That made it possible for him to be brave. His powers are restored, and Jim can finally fight back and unlock Excalibur’s true potential, but Bellroc is still proving formidable. Realizing his best friend needs a leg up to defeat this ancient magic, Toby drives Stuart’s taco truck under the Titan and unleashes a blast of radiation straight up at Belloc. Jim destroyed Bellroc. Bellroc was an important part of a plan to end the world. Jim’s magic power is from Akiridion technology. Jim can use it to destroy things with his thoughts. Sudden demise of Sushant Singh Rajput has left so many hearts broken and a heart full of questions.…
byDanish 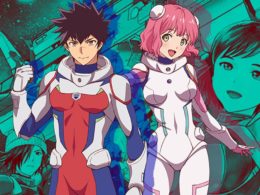 “Astra Lost In Space” Season 2 -What Happens Next? – Release date, Cast And Storyline

Astra lost in space season 2 is about Astra, a girl who was born on earth but sent…
byStella Zoe 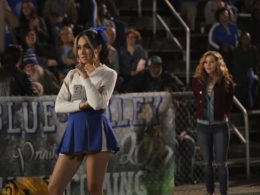