In a recent conference call, top USANA Health Sciences executives delivered the results of the company’s third-quarter performance. In addition to Patrique Richards, Executive Director of Investor Relations and Business Development, Kevin Guest, CEO and Chairman of the Board, Jim Brown, President and Doug Hekking, Chief Financial Officer were also present on the call.

For USANA Health Services, 2020 was a successful and strong year for the company, according to Kevin Guest, CEO and Chairman of the Board. During the third quarter, USANA Health Sciences saw record earnings as net sales increased 14.5 percent year-over-year.

As a result of continued strong demand for their nutritional products as well as successful incentive programs that were popular with associates, the company’s earnings reached $298.5 million in 2020. This combination of factors also resulted in a record number of customers who were active for the third quarter.

Successful Execution of Convention and Meeting

The company was still able to retain much of its culture and camaraderie. Its executives expect to leverage what they learned during the events and apply it to those upcoming in the future.

During the Q&A portion of the conference call, Doug Lane, an analyst with Lane Research, engaged Kevin Guest about the company’s thoughts about China. Even though USANA Health Sciences experienced destabilization in China as the result of the country’s challenges with COIVD-19, Guest pointed out that the country is still considered to be a strong point of growth within the business.

Guest noted that even though individuals in China have become more cautious when pursuing new ventures and higher rates of savings as a buffer for the future, the sales arena continues to generate excitement and enthusiasm. USANA Health Sciences plans to continue to be proactive and engaged with both its sales force and its customer base.

In answer to questions from Sebastian Barbero, an analyst with Jefferies, Guest noted that the company’s associates in China have been hosting virtual meetings. In addition, there are small meetings that have been happening. For meetings that are larger — with 50 or 100 people in attendance, for example — the country has not authorized those at the moment.

About five percent of USANA Health Sciences’ sales in China originated from Hong Kong. Guest also estimated that year-over-year a high-level estimate of $30 to $35 million can be attributed to promotional benefits. This was the result of more focused and greater magnitude promotions compared to a larger variety from the previous year.

READ  How to Handle a Migraine at Work?

In response to a question from Barbero regarding the company’s strategy on capital allocation, Guest pointed to the way that USANA has historically handled it. With a focus first on organic growth, the company’s executives then look for opportunities outside what they might typically do. This could be focusing on a particular product, geographical region, technology, or some other aspect of the business. Regardless, Guest indicated that buying back USANA stock was not a strategy that the company routinely implemented — at least not in 2020.

What the Future Holds for USANA Health Sciences

Ivan Feinseth, an analyst with Tigress Financial Partners, wanted to know about some of the company’s standout products. Guest indicated that the China market has been especially active during 2020 with products that are designed to support immune function showing lift.

In the fourth quarter, Guest noted that USANA Health Sciences is set to roll out a collagen product that the company expects will be well received. It’s important to note, as Guest stated, that the company is continuing to receive positive feedback from its sales force throughout the world in spite of the challenges that COVID-19 has imposed.

A prime example of this is the trial incentives that were introduced. These have generated positive feedback as well as excitement from the company’s associates.

Doug Hekking, Chief Financial Officer, noted that the USANA Health Sciences executives have noted an interesting trend with the implementation of the company’s virtual events. Whereas in the past customers and distributors who were interested in learning more about USANA Health Sciences’ products wouldn’t attend the company’s events because they’d have to fly out to the site or go there, this was not an issue for virtual events.

The accessibility of virtual events put on by USANA Health Sciences has resulted in a higher number of people who were exposed to the company, product launches, and other similar information. During the event for the Americas and Europe, for example, Hekking noted that a significant number of people from China sat in on the meeting.

Hekking stated that USANA Health Sciences is increasing its net sales and EPS guidance for the fourth quarter. Executives expect the company to have a solid finish to the year with a momentum that extends into 2021. The company’s focus is slated to be financial flexibility balance and investment opportunities that support its long-term strategies for growth.

Dealing with allergies can be rather uncomfortable. Your nose can itch uncontrollably, you can sneeze on and off…
byZaheer
1 share
1
0
0 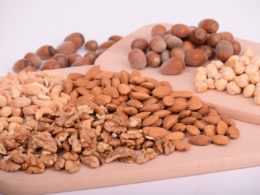 What Can You Get From Consuming Protein Powder?

Consuming the appropriate amount of protein should be observed by everyone and not just fitness buffs or athletes.…
byJhon Dew 5 Ways to Get Rid of Anxiety

Sometimes people get obsessed with their work or other duties and forget about having fun, such as watching…
byZaheer