Sports events that have been postponed due to the pandemic have slowly begun to be rearranged, and esports tournaments come first in this regard: It is possible to say that all esports events that have been postponed since Autumn 2020 have started again. In fact, it has already been planned which events and tournaments will be held by the end of 2021. So, what will be the most important e-sport events in this time period? Which tournaments and matches will you be able to bet on? Below, we have listed the most important esports tournaments between Autumn 2020 – Winter 2021 for you. Note that you can place bets on any of them at most of onlne casinos. And you can spend time playing the Valkyrie slot machine while waiting for events to start!

Six November is an annual tournament organized by Ubisoft for Rainbow Six. The original tournament was planned to be held in Europe, but almost all events were canceled due to the pandemic. The current plan is for the Six November tournament to be organized as online regional events and last until the end of 2020. The first match will be held in Brazil on 30.10.2020, and the tournament in this country will end on 01.11.2020. Favorite teams such as Team Liquid and Ninjas in Pajamas will compete in this event. After 01.11.2020, Six November matches will continue in other Latin American countries. The grand prize in this part of the tournament is set at 100,000 USD.

This year we will see a new game in the esports industry: Valorant. League of Legends developer Riot Games aims to sit on the throne of CSGO with this tactical shooter. Developed to be an esports game from scratch, Valorant naturally comes with its own global tournament. The name of this tournament is “First Strike,” and it will start simultaneously on different continents (Asia, Europe, Latin America) on December 3. Award amounts vary and range from $ 10,000 to $ 30,000. Obviously, this is a “mystery” for everyone: No Valorant tournament has been held so far, and no one knows which teams are better. Therefore, you can be sure that you will see quite wild odds. However, Valorant is a highly developed game, and it is clear that it will be one of the biggest names in the esports industry.

We will start 2021 with Season 2 of the Winter League. This DOTA tournament will run year-round, and the first match will be held on January 4, 2021. The first period of the season will end on February 14, 2021, but matches will continue to be played throughout the year in Europe, Asia, CIS, and the USA. The grand prize is set at $ 1,680,000 this year, and many favorite teams will compete for this prize. If you enjoy DOTA 2 bets, you can jumpstart 2021 with Winter League.

The 13th Season of the ESL Pro League begins in March 2021. Between March 10, 2021 – April 18, 2021, regional major rankings matches will be held and the grand prize in this process is determined as 750.000 USD. At the end of 2021, the final matches will begin. However, regional rankings matches are more advantageous for bettors, as it can be clearly seen who is the favorite and who is the underdog in the final matches. In rankings matches, it is possible to obtain dynamic and extremely high odds. CSGO bettors can make high profits with ESL Pro bets this year as every year.

Another tournament for CSGO will begin in July 2021. ESL One, limited to Europe only, will start in Germany on 06.07.2021 and the regional major rankings process will continue until 18.07.2021. Valve is one of the official sponsors of this tournament, and although the prize pool is limited to $ 300,000, the first team to win 4 titles also earns another $ 1 million (it’s much better than playing free online slot games, right?) Team Liquid was the first to achieve this. We can say that almost all of the favorite CSGO teams will compete in this tournament.

The final matches of BLAST, one of the biggest tournaments for CSGO, will be held in November 2021. The event will start on 24.11.2021 and continue until 28.11.2021. In other words, we will bid farewell to 2021 with a large CSGO organization. Since this is an event that will be held almost a year later, the amount of the grand prize is currently uncertain, but we expect it to be over half a million dollars. 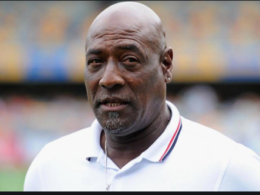 West Indian batting legend Viv Richards is the name which is significantly important in the world of cricket. …
byZaheer