Dijlleza Ajdini entered into the world of music in 2017 with her first-ever song “With You” and has been consistent since then. She has already released viral hits like “Nasty”, “Rose petals on the floor”,  “Too Selfish” and “I’ll be waiting” and is now all set to release her next song.

The next song is a romantic single “Pink Jacket” which is scheduled to release on the 10th of May, 2021. The song will feature Johnny Valentine and Paige also in the video. Paige Neimann is famously known as the Ariana Grande look alike. She gained popularity on Tik Tok when her videos went viral dressed up as Ariana Grande.

This is going to be the second time Johnny Valentine and Dijlleza Ajdini will come together to share the screen. Both were last seen together in Ajdini’s song “Too Selfish”. The upcoming song “Pink Jacket” is a story of a girl deeply in love with the boy in a pink jacket. This school-going girl tries to make a love potion for the pink jacket guy but messes it all up. The song is based on the backdrop of school life and will take you back to the school days and the first crush memories.

Along with the song, Diljellza Ajdini is all set to release her first-ever EP “Butterflies”. The EP will have five of her songs releasing on the 17th of May, 2021. She is excited to put out the songs for her audience and wishes that they love the songs as much as she did. In an interview, she said that she wants her audience to know her as a person through her music. What sets her music apart from others is the combination of R&B and Pop that’s what has made her audience connect with her. She tries to make music that is uncommon and vibes with her audience at the same time.

Tough and weird times in her life shifted her into music, it’s been four years and there is no looking back. Diljellza Ajdini says that she draws her inspiration and motivation from Selena Gomez. Ajdini has been following Selena Gomez ever since she was five years old and wishes to collaborate with her one day.

Get ready to see the next installment of a classic comedy series. Yes, we are talking about Hera…
bySana Usmani 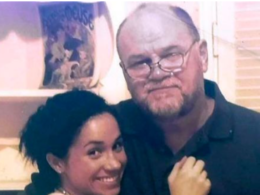