What Kinds of Cheeses Everyone Should Know

NewsDio Desk : Oh, those delectable, fragrant morsels of goodness that turn every other food into Heavenly delicacies! When heated, it transforms into a gooey treat that blends in with whatever it’s spread on or served with. Of course, I’m referring to cheese in all of its glory. Cheese is always a treat, whether eaten on its own, with crackers, sprinkled on portions of pasta, or spread between slices of bread. Without the essential cheese, our favorite American club sandwiches, Panini’s, pizzas, and Greek delicacies like spanakopita’s and bougatsas would be incomplete. The fact that various types of cheese are made in different parts of the world may be one reason for the wide range of variations. Various cheese-making techniques have developed in response to changes in technology and market demand. As a result, taste, color, scent, flavor, texture, softness, mold content, gas holes, and shelf life are different characteristics of different cheeses. If you like cheese and can’t stop yourself from adding it to your diet, there are a few types of cheese you should be aware of.

Mozzarella has its roots in Italy. Previously, it was made with the milk of Italian and Bulgarian water buffalos. However, most Mozzarella cheeses on the market today are made from cow’s milk. New semi-soft Mozzarella made from pasteurized or unpasteurized cow or water buffalo milk should be eaten within a few hours of production. Making Mozzarella at home is not difficult. It’s a versatile ingredient found in salads, pizzas, meat, and vegetable dishes. In conclusion, Mozzarella is a smooth cheese with fewer calories and sodium than most other cheeses. It also includes probiotics, which can help to strengthen your immune system.

Cheddar cheese is made from pasteurized cow’s milk and is hard or strong. It was once only made and consumed in England; however, it is now completed and consumed worldwide. When it’s young, it has a crumbly texture, but it’s still mostly smooth. Its surface sharpens as it ages. It’s usually in the form of a drum and comes in various colors ranging from white to pale yellow. Orange color can be applied to certain Cheddar cheese batches, causing the color to change to a yellowish-orange hue.

Emmental cheese is made from raw cow’s milk in Switzerland’s central districts. It has a hard texture and a thin rind usually covered in paper with its name on it. Because of its sweet fragrance and fruity taste, Emmental is typically served with wine and fruits. It has a slight acidity to it as well. This cheese has a larger number of gas holes than its equivalents. Because of the spots that form during the fermentation process, it is one of the most difficult cheeses to make. Emmentaler is a pale yellow cheese with a distinctive pattern of holes, or “eyes.” It has a hard, thin rind coated in the paper that bears the producer’s name. The scent is sweet, with notes that some compare to freshly cut hay. It has a nutty, buttery taste with a slightly fruity, acidic undertone.

This Dutch cheese, pronounced “How-da,” is one of the most popular in the world. It was given the name Gouda after the Dutch city of the same name. It is a rich, flavorful, semi-hard cheese made from cow’s milk; however, some artisan versions use sheep’s or goat’s milk to make cheeses that can be aged for a long time. The age of the various varieties of Gouda is used to classify them. For example, Overjarig is extra-aged and full-flavored, while Graskass is young. Jong, Jong belegen, Belegen, Extra belegen, and Oud are the differences between the two. Boerenkaas is a Dutch cheese made from unpasteurized milk from cows grazing on Dutch pastures. Young Goudas pair well with beer, medium Goudas pair well with fruity wines, and mature Goudas pair well with many flavors, such as Merlot and Shiraz. Gouda is a table cheese or dessert cheese that can be served sliced, cubed, or melted. Gouda is a wonderful melting cheese that’s mostly used in homemade macaroni and cheese. However, it goes well with other cheeses on every cheese platter. Gouda can be used in cheese-based soups, smoked Gouda mashed potatoes, grilled cheese sandwiches, and fondue, among other dishes.

This Italian cheese is sometimes mistaken for ‘Parmesan’ cheese. On the other hand, Genuine Parmigiano-Reggiano is a covered cheese that can only be made in Emilia-Romagna and Lombardy in Italy. It’s a hard, flaky cheese that’s been aged for a minimum of 12 months and up to 36 months. Its caramel-nutty flavor is fantastic, as is the crunch it provides with each slice. It’s best grated over salads, pasta, and soups in the Italian style. Fortunately, once you understand the truth about Parmesan, finding the real thing is a breeze. True Parmigiano Reggiano will have a PDO seal labeled “made in” or “from” Italy. Since the Italian name is covered in the United States, those terms should be enough of a guarantee.

Feta cheese is the most common of all Greek cheeses. It is covered by European Union legislation, and only cheeses made in Macedonia, Thessaly, Thrace, Central Mainland Greece, Lesvos, and the Peloponnese can be referred to as feta. Feta is made from pasteurized or raw milk from goats and sheep grazing on pastures in the above-mentioned Grecian regions. This cheese’s texture and firmness differ from region to region. It may also vary based on your age. Feta has a tangy, salty taste that can be diminished by washing it under cold water. Feta cheese has a lower fat and calorie content than many other forms of cheese. Healthy source of protein: Feta can be a good source of protein, which is extremely beneficial to muscles, in addition to good fats and calcium.”

The most well-known French cheese is Brie. It was served as one of the tributes to the French kings and is known as the “queen of cheeses.” It has a smooth texture and is named after the French region of Brie, where it originated. It’s made of raw cow’s milk and is pale in color with a hint of grey under the rind. It may have a variety of flavors depending on the products used in the manufacturing process. Brie is a soft farmhouse cheese that originated in Seine-et-Marne, France. Brie has a thick, buttery, fruity taste that becomes increasingly earthy as it ages. In addition, it has a runny, creamy feel and an earthy scent.

Parmesan cheese is one of the most widely consumed cheeses on the planet. It has a fruity, nutty taste and a hard, crumbly texture. The Parmigiano-Reggiano cheese from Parma, Italy, was the inspiration for its production. It is pale yellow and made from unpasteurized cow’s milk. It’s delicious on its own, but it’s also great grated over soups, risottos, pizzas, portions of pasta, and other snacks.

This is a pasteurized cow’s milk cheese from Italy. It’s made by curdling milk cream with citric acid and can be used in sweet and savory dishes. This process produces a thick, buttery, creamy cheese used in Italian desserts like Tiramisu and various cheesecakes. Mascarpone is often used to intensify the flavor of the dish without overpowering it. It can also be served with vegetables and used to thicken puddings and fluffy desserts.

See also  Where to find Coffee Beans in Malaysia

The cheeses listed above are only a few of the many varieties available around the world. Please give them a try and play with the others, and let me know what you think in the comments. If you’re like me, a dog owner who wants the absolute best for their furry little friend, you…
byTehseen Kiani
1 share
0
0
1 Are Acai Bowls Good For You? 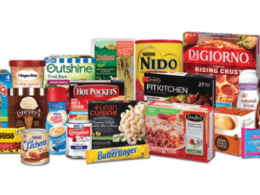 The Impact of Frozen Foods on Society

Every meal is an experience but between balancing busy schedules and a lot of priorities, it can be…
byDanish