Wheel Of Time On Amazon: Find All Information Related To It

Wheel of time is a series of novels written by American author Robert Jordan. Wheel of time is a high fantasy story set in a world where magic exists, and the forces of good and evil are engaged in an eternal battle. The Wheel Of Time turns, and ages come to pass, leaving memories that become a legend. Legend fades to myth, and even myth is long forgotten when the Age that gave it birth returns again. In this post, we will cover Wheel Of Time on amazon for you.

What is the release date of Wheel of Time on Amazon?

The Wheel of Time season 1 will come out soon. It is coming out on Amazon Prime Video on November 19th, 2021. The trailer is below, and it shows what the show is about.

We thought Amazon would release The Wheel of Time season 1 in the final three months of this year. We were right!

What is the plot of Wheel of Time on Amazon?

The Wheel of Time is a confusing story. It’s about 14 books, written by someone named Jordan, who died. Brandon Sanderson made the last one. The story has many characters and places to follow.

If this story is like an epic that will be told over many seasons, then what can we try to figure out about season 1?

Based on the best selling fantasy novels, The Wheel of Time arrives to Amazon Prime Video on November 19. pic.twitter.com/2m1VF7HzvO

Amazon said that they would make a TV show based on the books by one of my favorite writers. A report from Deadline gave me an idea of what to expect in the first season.

This book is about a boy named Rand Al’Thor who lives in the Two Rivers. He is a good person, and he likes to help people. Rand is attacked by the Dark One, who wants to destroy the world. Rand is rescued by Moiraine, a woman who has power and is part of a group called the Aes Sedai.

Moiraine believes that the Dark One is looking for a champion to fight him. This person is called the Dragon Reborn. She leads Rand on a dangerous journey to decide what will happen to their world.

Rand is not the only possible Dragon Reborn. Mat and Perrin can also be him. Moiraine, Rand, Mat, and Perrin join together to go on an adventure. They meet new friends like Egweneal’Vere and Nynaeveal’Meara. And they also meet LanMandragoran.

See also  Ragnarok Season 3: All You Need To Know About The Third Season!

Together, the group hopes to defeat the Dark One for good. But their journey will be hard. There is a chance that the Dragon Reborn will destroy humanity instead of saving it. So, the fate of Redlands hangs in balance no matter who he turns out to be.

Outside of this, little is known about the show. The story will not just talk about the first book, but many books.

Judkins says that the first season is adapting the whole series, not just Eye of the World. This means that we’ll see things like this dagger from Shadar Logoth. It is an ancient city with people who tried to fight off bad spirits.

The dagger is bad. It changes the people who come into contact with it. One of the series’ most popular characters will be in danger.

Amazon released a trailer in February. It showed one person finding the dagger. We won’t tell you who it is because it would be a spoiler. But if you want to find out, go watch it now

Speaking to Entertainment Weekly, Judkins said that ShadarLogoth was “built from scratch” for 15 minutes of airtime. This is because the city is very important to the story. It might sound like a lot of work, but it will help you understand the story better.

We will see the Heron Mark Blade in Season 1. In the book series, people may decorate their swords with a heron mark if they mastered sword-to-sword combat.

This weapon has a big part in the story. It also was not a surprise because Amazon released a video about how they made it in 2020.

Who will be starring in Wheel of Time on Amazon? 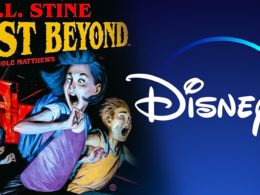 “Just Beyond” All Information About Disney’s New Show

Disney’s newest television show, Beyond, is just beyond all the information that we could find about it. We…
byNatalie Grace 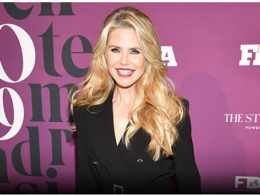 Recently, Christie Brinkley who is just 66 years old was spotted dancing by the ocean while she has…
byDanish 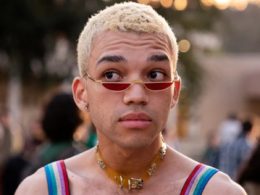 Generation Season 2 is a must-watch series for all fans of generation. This generation season, we see the…
byNatalie Grace 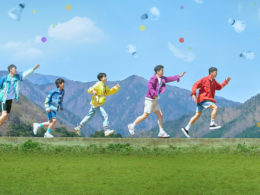 Racket Boys is back for a second season! This documentary series about the physical and mental illnesses that…
byStella Zoe