Electric cars have been around for a while now and they have served as a figurehead in the movement towards more sustainable energy. The day will come when gas-powered cars are a thing of the past and looking at the near future, it is going to be a lot sooner than we think.

Luckily, people have been buying electric cars for a while now, with them getting better and better. It’s amazing to think how much time has passed since the first Chevy Spark or Tesla Roadster. Electrics cars now would be considered the ultimate luxury vehicles if shown 5 years ago.

But what about the early adopters of electric cars? Do electric cars age like gas-powered ones? And when is one considered too old or a clunker? Currently, scientists say they could last a maximum of around 20 years but how do you know when your electric car is a clunker?

It is also important to note that damage from an accident can cause major problems to the internals of an electric vehicle. If your electric car has been damaged or totaled in an accident, it is definitely a clunker, and you should get rid of it. I’d recommend looking into selling it to get a cool new electric car that’s out now.

Battery Is the Life Essence of an Electric Car

Batteries in an electric car are like engines in a conventional one. They are pretty much the life and soul of an electric vehicle and also where the majority of the money goes to when making an electric car.

The battery in an electric car is pretty much just a huge smartphone battery, made up of thousands of lithium-ion cells. Charging these lithium-ion cells causes chemical changes inside them which create electricity when reversed.

These batteries are much more powerful than the ones inside conventional cars and are great at keeping a charge for a long amount of time. It’s also funny that these batteries excel at stop-and-go traffic and lose power quicker when being driven at a stable speed for a longer period of time, while gas-powered cars suffer from the stop-and-go and save more fuel during extended driving.

Old Batteries Can Mean a Clunker

So does the battery age? Sadly, yes. Electric car batteries are said to last about 10 to 20 years. This is because as more and more chemical reactions happen inside the battery, it holds less and less of a charge. This is, however, an extremely slow process and people might find they’ve gotten a new car by the time the range reaches say 80 percent.

Also, a number of factors can play into this battery loss. People who live in hotter climates will find that their batteries decay quicker than in more temperate ones. Now, many cars are coming with water-cooled batteries as heat plays a great role in the death of a lithium-ion battery. Old Electric cars with a shorter battery life will also deteriorate faster because using up all the battery life, and charging it back up is much more stressful to the battery then charging it up when it’s at, say, 50 to 70 percent.

Batteries are always improving though, so a battery from 10 years ago will definitely struggle in longevity compared to a battery created and used today. If you start to notice your electric car is losing its charge fast or you’re struggling to make it for distances your car previously handled with ease, it might be time to think about replacing your vehicle.

Electric cars are proving to be the future for vehicles, but that doesn’t mean they don’t get old like conventional ones. The battery in an electric car will pretty much determine if it runs and how well, so great focus and attention needs to be placed on it when designing cars for the future. If you notice your older electric vehicle is having terrible range and is constantly needing to be recharged, odds are it’s time to get a new one because you’re driving a clunker. 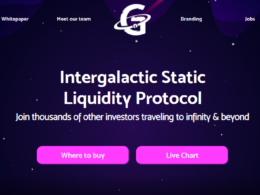 How to Buy safe galaxy crypto? Is Safe Galaxy going to be The Next Big Crypto currency? 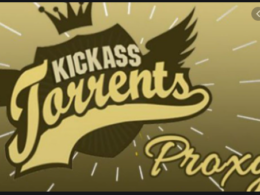 What is kickass proxy?

A Kickass proxy is the method for you to get access to KAT, through a backdoor process.  It…
byDanish 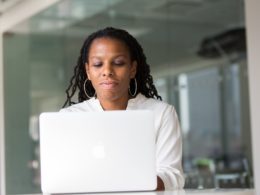 How to Protect Yourself From Phishing Emails?

One would believe that with the increasing awareness of cyberattacks, phishing schemes and online scams, people would be…
byDanish