The World Health Organization has claimed that the announcement by the EU for exporting controls on COVID -19 vaccines that are produced within the bloc, can risk the pandemic. The EU has been focusing on the manufacturers instead of setting up the delivery shortfalls. Mariangela Simao (vice head of WHO) claimed that it was very worrying thing indeed.

The transparency mechanism claimed that they will give full power to the EU countries to deny any authorization for the exports of coronavirus vaccine if they notice that the particular company which is manufacturing those vaccines has not honored any kind of contracts with the European Commission. In fact this can affect almost 100 countries all around the world including the United Kingdom, United States and Australia as well. We can say that few of the poorer nations are not in this list.

The European Commission has claimed that their controls are not any kind of ban for the export it is just a temporary scheme. The officials said that it will be a notification system which means here is nothing more than a showoff of the transparency. But right now this has transformed into an control policy for the exports. According to the new rule of the EU, all the vaccine firms have to ask for permission before delivering doses beyond the EU. There 27 members who can vet those applications of export.

The Pfizer is dispatching doses right now from the Puurs site to the United Kingdom. But in future if they want to do the same then they will need to follow a different rule. They have to fill up a form for the exporting and that procedure will take up to 48 hours. After that the Belgian government will decide to accept or reject the export request. This decision will depend on whether the company can prove whether bringing that batch of vaccines to the UK will affect existing EU agreements.

The EU decided to make that confidential scheme public with the AstraZeneca. But you need to understand that there was the UK and Swedish company who bolster the argument over the Oxford vaccine. The contract also claims that the pharmaceutical company will have to commit to their best reasonable efforts for manufacturing and distributing the doses. The AstraZeneca has came up with some serious complaints over the delays of production glitches on plants in the Belgium and in fact Netherlands as well. However the EU has to backtrack their plans for imposing those restrictions on the vaccine exports across the borders of Ireland Islands after outcry from London and Dublin as well. 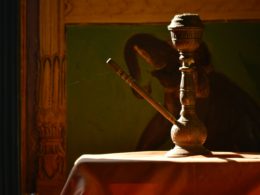 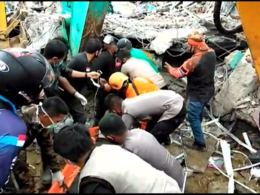 Indonesia is threatened today all over again with another natural disaster. Several death cases are discovered in an…
byZaheer