Making sequels and prequels have become the latest trend of Hollywood and Disney is following this trend quite religiously.

It is all set to release multiple sequels and live action movies one after another in the next few months. Some of them are Aladdin, Moana, Frozen 2 and Mulan but till yet there is no news about making a sequel of the movie; Brave. Would there be any Brave 2?

Released in 2012, ‘Brave’ was a computer-animated fantasy movie under the production of Pixar Animation Studios. The movie shows the adventures of warrior princess Moana was a big hit and got multiple awards. It was funny and adventurous with amazing visuals and a good message at the end.

Initially pixar has clearly stated they are not up to make any movie sequels anymore. Then the company was bought by Disney and we started expecting the sequel again as Disney is very active into making live actions and sequels.

But seems like even Disney is not much interested in creating the sequel of Brave as well. ‘Brave’ fans are quite disheartened that in spite of being such a great movie, Disney is not considering to give it a sequel.

Though there is no specific reason of not making it, sources say that Brave 2 might not be a feasible movie. The original movie is not so popular like other Disney movies. The movie is even has Scottish humor which is hard to understand by american audience. Moreover, it is very hard to drag the story to a sequel as there is less scope left for the script to take it forward.

See also  The Indiana Jones 5 Cast And Release Date: All the Information You Need

There came some hope when recently Mark Andrews, the director of the original movie had said that they are definitely up to make the movie sequel once they find the right script.

A lot has been covered in the original movie already therefore, it is quite hard to script the sequel.

The director, Mark wants to add some more characters in the movie to make the script more interesting. So there might be some new characters seen in the sequel. It would be quite challenging to make them look natural and blend them to the original story. They might also give her a romantic partner which is quite expected. It would be quite interesting to watch her love interest. Also, in the movie we might see an improved communication between Moana and her mother who might be getting an important role.

So, for now there are no plans for the movie to get a sequel but the director is still optimistic saying they can make it in future once they find the right script which is not going to happen anytime soon!

The world-famous Marvel Comics has announced the plans and released the comics on Wednesday, May 27. The true…
byDanish

Bollywood’s most popular superhero Hrithik Roshan is all set to hit the floor with Krrish 4. Right after…
byJacqueline 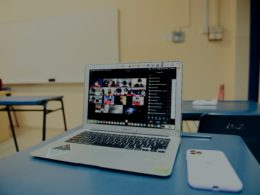 Do you watch a movie since long ago? Do you also stick up in your busy and monotonous…
byDanish 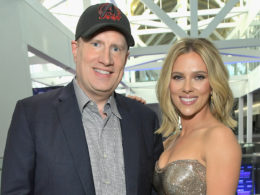 Kevin Feige, the president of Marvel Studios, is one of Hollywood’s most powerful people. He has a lot…
byStella Zoe