Popular cryptocurrency Bitcoin continues to get acceptance from the conventional finance world and experts. Renowned fund manager Bill Miller has announced that all the significant banks, investment banks, and high net worth firms will have some exposure to Bitcoin or something like it soon. He believes that Bitcoin’s staying power is improving every single day.

Major corporations worldwide are gaining exposure to Bitcoin, and the remaining ones are keen to join the bandwagon. After Microstrategy pumped in $425 million as an investment, another finance behemoth Square invested in Bitcoin. Now PayPal has launched a cryptocurrency service too.

Following all these developments, Bill Miller, the famous investor, has made bullish claims about Bitcoin while speaking with a financial news portal. He said he believes every major bank, every major investment bank, every major high net worth firm will have some exposure to Bitcoin or what’s like it soon. He also called ‘gold or some commodities’ as other options for investments like Bitcoin.

Bill Miller is the founder of the highly acclaimed ‘Miller Value Partners’ and serves as its chairman and chief investment officer. He manages the Opportunity Equity and Income Strategy portfolios. Miller has a stellar record in the finance world and is famous for co-founding Legg Mason Capital Management. He also co-managed the Legg Mason Capital Management Value Trust from its formation in 1982. After becoming its sole manager in December 1990, Miller worked in the same capacity for two decades. He was the treasurer of the JE Baker Company, a major manufacturer of products for the steel and cement industries, and later joined Legg Mason. Miller has several achievements to his name; the prominent one is beating the S&P 500 every year from 1991 to 2005.

According to the renowned fund manager, the Bitcoin story is straightforward; it is supply and demand. He explained that Bitcoin’s supply is growing at around 2.5% a year, but the demand is growing faster than that. And importantly, there is going to be a fixed number of them.

He stated that he would strongly recommend people to have exposure to Bitcoin at the current prices. Miller has always been a Bitcoin enthusiast. In December 2017, he revealed that his MVP 1 fund had invested about 50% in bitcoin.

Bitcoin continues to get industry acceptance.

Bitcoins are getting acceptance across the world in recent times.  From big investors to small individual investors, everyone is looking to grab a piece of Bitcoin, and the ease of trading has only fueled this surge.

Earlier, there were limited ways to enter the investing market, but today there are numerous apps and portals for trading. And platforms like The Bitcoins Era App offer critical information and smart trading signals that have made trading smoother for investors. 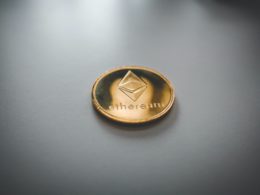 What Are The Government Currencies, And How Are They Different From The Cryptos?

A cryptocurrency or crypto is a digital asset designed to work as a medium of exchange. The individual…
byZaheer Breaking News for all! The PUBG game will be banned now! Player Unknown BattleGrounds, commonly abbreviated as PUBG,…
byZaheer