Bond 25 to be the last James Bond movie!

James Bond franchise is one of the longest-running movie series in action genre in the history of Hollywood. It is amazing that the franchise has been in the market for more than 56 years. After launching 24 movies already, now the epic series is coming up with its 25th installment which is rumored to mark the end of James Bond series.

The last movie of the franchise was ‘Spectre’ released in 2015 and since then the viewers are anticipating next installment. But because of some high-profile behind the scene wrangling, the movie got delayed until now when it seems to be back on the track. Here we will reveal all the recent updates and rumors we know about it so far.

Back in 2018, Danny Boyle, (an Oscar-winning director) was announced to be directing the next installment of the Bond series but because of some unknown reasons, he stepped down from the movie. Now as per the recent updates, Cary Joji Fukunaga has been confirmed to be the director of Bond 25. He seems an interesting choice for the movie as he is the first American director entering the James Bond series. It will be interesting to see how this young director will be shaping the movie.

The most exciting question about the next James Bond movie is who will be getting the tux of James Bond? 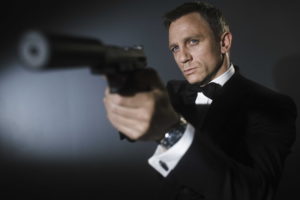 Yes,  we are still living in the Daniel Craig era. In spite of his comment back in 2015 that he would rather slit his wrist than playing Bond again, he is back in the franchise for one last time. This will be Craig’s fifth entry in the movie series. Reportedly the makers have offered him a lot of cash to play the character.  Even the movie budget is insanely huge but for the magnificent series like James Bond, It is totally justified.

The title of the movie has not been decided yet but as per some rumors, it might be called as ‘Bond 25’. The last movies of the bond series were also had single words in the title like ‘Skyfall’ and ‘Spectre’. As per this new trend followed by the franchise, ‘Bond 25’ looks like a cool title.

Initially, the movie was rumored to be released on 25th December 2019 which does not seem possible. Anyway, there are many hit movies coming up at that time like Wonder Woman 2, Star Wars Episode 9 etc. So, releasing a movie at that time will not be a good decision.

READ  What does Spiderman: Far from Home mean for MCU Phase 4!

The movie will start shooting next month which clearly indicates that it cannot be released until 2020. It will at least take a whole year to develop it depending on how big the things are. As per some recent solid sources, the movie is expected to hit the floor on Valentine’s Day in 2020.

Bond 25 has been rumored as the last movie of the series. The news is not official yet although the movie is getting good publicity. People will definitely be going to watch it assuming it could be the last James Bond movie. So would it be the end of James Bond? Let us know what you think in the comment section below.