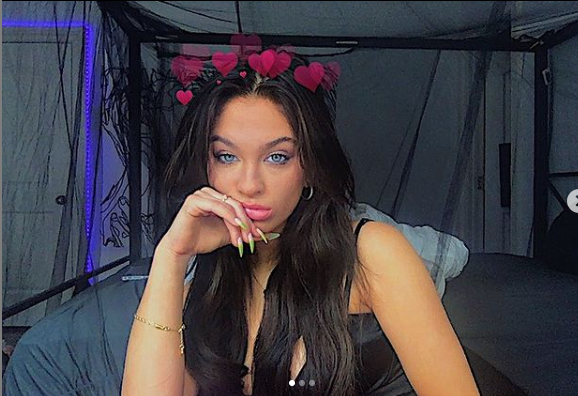 Recently, a picture that was posted raised a huge amount of craze and gossip all across the social media. Claudia Conway defended her mom Kellyanne on TikTok post her being accused of posting a topless photo of her teen on Twitter. Claudia has also thought of taking a break from TikTok. Claudia Conway recently released a statement on TikTok one day after her mother Kellyanne Conway was accused of posting a topless photo of the 16-year-old on Twitter. Claudia, however, seemed to be defending her family and announcing that she is temporarily leaving social media. Her post revealed, in the form of a video posted on 26th january 2021, “Hi guys, I just wanted to come on here and address the situation. This isn’t forced, it’s coming completely from me, Claudia. I have faith and I know that my mother would never put something like that on the internet As well as me, we would never do that.”

Claudia’s statement on the social media

Claudia stated this after her mom’s Twitter account (@KellyannePolls) had shated a post of the ex-White House counselor’s topless daughter using the Fleets feature, and then the post got deleted post 24 hours. Claudia later on, went to Tiktok and confirmed that the image that was there in the series of now-deleted posts was none other than that of hers! She announced, “I will be leaving social media for a bit to work on my relationship with my mom and my family. Please, do not incite hate or violence on my family. Please, no threats or calls to authorities. I love my mom and she loves me.” Claudi had said it in her video several times, “I’m assuming my mom took a picture of it to use against me one day and then somebody hacked her or something.”