David Bowie’s 74th birthday was marked on Friday, that is, on 8th of January 2021. Bowie’s team celebrated his birthday and on this day, the team had launched his music on Tiktok officially. Now, it seems as if the creative minds of the Tiktok are all coming up together to honor the late musician in a big way. The users on the platform are going to recreate a few of the Bowie’s most iconic looks for the new #TheStarman challenge throughout the years. Indeed, it is big day for Bowie’s fans and alongside celebrating the birthday, the Tiktok users have now got up with the ability to create videos by combininv a few of his most classic songs. A Bowie tribute Tiktok @davidbowie officially on this week announced that his biggest tunes are now featured right on the platform.

@davidbowieTo celebrate David Bowie’s birthday, you can now find all your favourite Bowie songs on TikTok👨‍🎤##TheStarman ##DavidBowie ##Bowie ##Music♬ Let’s Dance (2018 Remaster) – David Bowie. TikTok’s Head of UK Music Operations Paul Hourican says, “He remains one of the most influential and acclaimed artists of all time and his music has defined multiple generations and cultural moments.” It even added, “We know the excitement our community will find discovering his music and creating using the indisputable Bowie sound.”

The biggest hits have not been available on Tiktok for a week yet and the fans are already coming through with some amazing recreations of his legendary fashion moments. Ziggy Stardust, naturally is one of the most famous looks so far!

Some of the biggest talents in the music industry are coming up all together for a Bowie tribute show on Saturday, which is 9th of January. This Bowie celebration will include appearances from Adam Lambert, Slipknot‘s Corey Taylor, the Pretty Reckless‘ Taylor Momsen and YUNGBLUD among many others. Along with all of this, Bowie fans have also received a big gift on his 74th birthday. Two unreleased covers were shared on the streaming platforms. The first recording is the Bowie’s reimagining of John Lennon‘s “Mother.” Bowie had originally recorded the cover back in the year 1998 with producer Tony Visconti. The second one is the cover of Bob Dylan‘s “Tryin’ to Get to Heaven.” Bowie has recorded his version of the song in the year 1998 while he was working on his live album LiveAndWell.com. One of the best movie-related websites online for pirated films is Movie4u. You must be familiar with movie4u…
byZaheer
1 share
0
0
1 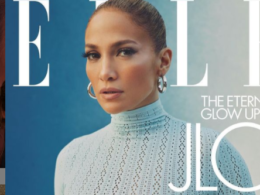 The February 2021 issue of Elle is up and Jennifer Lopez has already started shooting for the same.…
byZaheer
1 share
0
0
1