Donald Trump’s account was locked for 12 hours earlier this week and Twitter warned on the suspension of late. It seems as if no tweet is seen from Donald Trump. Twitter has permanently suspended Trump from the social media platform. The US Capitol took over by Pro-Trump supporters on 6th of January who were denouncing the results of the Presidential election. Consequently, the members of the Senate as well as the other personnel were taken and evacuated to different secure locations. Fire individuals died in the end during the protests. The saddest part of the story lies in the death of a woman who was shot during a confrontation between the protestors and that of law enforcement.

The events being held in Washington DC warranted a response from Donald Trump on social media. A video was shared on Twitter, Facebook and YouTube wherein Trump had asked the protests to stop but at the same time he had mentioned about the stolen election. Trump stated, “We had an election that was stolen from us.” He further added on to it by saying, “It was a landslide election and everyone knows it, especially the other side.” Both Twitter as well as Facebook had made a warning on this particular post. However, all three platforms did remove the entire video eventually amf Twitter had even blocked the ability to interact with the video.

Even the Twitter Safety account shared various tweets that explained the situation, wherein Trump had even noted that if he continues to violate these policies, his account shall get suspended permanently. “Future violations of the Twitter Rules, including our Civic Integrity or Violent Threats policies, will result in permanent suspension of the @realDonaldTrump account.”

On 8th of January, 2021, Trump had even returned to the social media platform to share 2ore tweets where it was evident that Twitter had suspended his account. As per the Twitter’s statement, these now-removed tweets violated the policies of the Twitter app over again. “The 75,000,000 great American Patriots who voted for me, AMERICA FIRST, and MAKE AMERICA GREAT AGAIN, will have a GIANT VOICE long into the future. They will not be disrespected or treated unfairly in any way, shape or form!!!” In one of his tweets, he said that he is not going to attend Joe Biden’s inauguration. Twitter thus, made a permanent decision to suspend Trump’s account after these tweets were shared, “To all of those who have asked, I will not be going to the Inauguration on January 20th.”

Twitter has further revealed that “Our public interest framework exists to enable the public to hear from elected officials and world leaders directly. It is built on a principle that the people have a right to hold power to account in the open.” It stated the things very prominently, “However, we made it clear going back years that these accounts are not above our rules and cannot use Twitter to incite violence. We will continue to be transparent around our policies and their enforcement.” 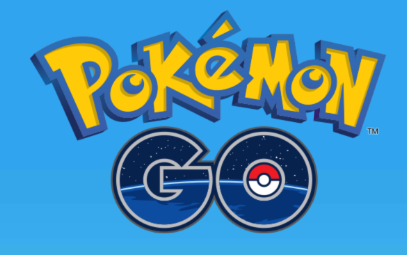