Allied Wallet has become a globally acknowledged name in the field of digital payments industry. It is well known as an online payment processing firm and recently, was live on the MEA Markets. Allied Wallet, the brainchild of doctor Ahmad Khawaja, gained immense popularity over the years due to its exceptional service quality and secure payment gateway.

Allied Wallet has been operational across 196 countries over the globe and recently the founder of this organization was featured on the cover of MEA Markets as the $18 Billion Man. He was recently interviewed on his new plans regarding the expansion of the company in the Middle East. MEA Markets recently wrote a cover feature talking about Allied Wallet and its major achievements. The company got the game of rising as the America’s fastest growing online credit card processor wherein Dr Ahmad Khawaja was recently interviewed and he was commended globally for his expertise in business strategies.

Dr Ahmad Khawaja drove to this $18 Billion fortune today but the journey hasn’t been this easy so far. Allied Wallet has not been a success overnight. He said that it is all due to his continuous efforts, dedication and strong perseverance that could help this company rise up to such a level of success. This journey has not been easy, there were several ups and downs throughout but nothing could win over his strong will power. Dr Ahmad Khawaja went on saying that Allied Wallet grew over the years and he remained motivated as always! Although there were several criticisms that he had to bear, nothing could stop him to achieve that he has always dreamt of! Dr Ahmad Khawaja went on saying that motivation is not about doing things for one’s own self but it is all about doing something for the sake of others. He had never felt a shortage of motivation and it is all due to the inspiration that he gathered into him, which in turn, made him take a turn of success for himself.

Allied Wallet: Always in a motif of giving it back to the society

Dr Ahmad Khawaja is definitely a unique individual and not just an entrepreneur who thinks of the profit of his own organization. This is because this man always places the requirements of others as his sole priority. He is always after helping out the people around the globe in achieving their dreams. He, in his interview with MEA Markets says that life is all about giving it back to the society, and as an entrepreneur he considers it to be one of his responsibilities. Along with his team, Allied Wallet is continuously making efforts to do something great for the society, thereby helping young entrepreneurs to flourish. Ahmad Khawaja also ensures that Allied Wallet will always work towards helping other businesses grow! Creating and producing textiles is one of the most successful and multi-directional driving forces behind the global economy.…
byRadhe Gupta 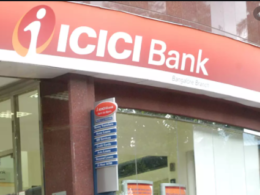 How can I login to ICICI net banking?

Which is the most obvious name in the private sector bank for new account holders? Well, many of…
byJacqueline

The CEO Dr Andy Khawaja, of Allied Wallet is recognised as a globally leading provider of online payment…
byJacqueline Huawei is planning to sell Honor, its budget smartphone brand unit at a tag of 100 billion Yuan…
byDanish