As one enters adulthood and the world of financial independence, everyone’s bound to hear the same piece of advice repeated endlessly: save up for a rainy day and don’t spend recklessly. Additionally, this rhetoric is constantly chimed by just about any financial advisor that you’ll meet.

Whether it’s by recommendation from a friend or a random encounter from an acquaintance hard-selling their package under the guise of rekindled friendship, you’re bound to come across the topic of financial literacy leading up to the working world. In light of all this, it would seem that Singaporeans would be a fairly financially prepared society — however, this couldn’t be further from the truth. A vast majority of Singaporeans don’t own an emergency fund; and it is something important to be aware of, along with the singapore electricity tariff to save you on your household expenses.

What is an emergency fund?

Before delving into the details, it’s pertinent to define what an emergency fund is. Essentially, an emergency fund can be understood as a sum of money allocated for unprecedented struggles in life events such as accidents, sudden onsets of injury or retrenchment. These are events that no one has control over and are usually life-changing, hence further reinforcing the necessity to set aside a respectable amount of money to tide one through such hard times.

Owning an emergency fund acts as a buffer to shield one’s primary income and prevents the need to request for bank loans or rely on credit cards to compensate for the lack of immediate funds. At this stage, emergency funds might seem equivalent to insurance. While this might be the case, not all insurances are able to cover the entire costs of financial emergencies like medical fees. In some cases, a financial plan might not only be able to account for those fees but may incur a loss of income or additional living costs from one’s end.

Hence, this is where emergency funds act as a second barrier of financial protection. It should definitely be a priority on everyone’s list, even preceding one’s retirement plans.

How much is too much?

Ideally, an emergency fund should be able to cover an individual for at least, six months. This timeframe is just the benchmark for those out of commission or are currently unemployed. However, if you have a relatively stable working income, aiming for three months would be a viable initial goal.

To put things into perspective, suppose Ms. Lim is a working adult in her early 30s. Her average monthly expenses of utilities, food, transport, insurance, housing, and other miscellaneous purchases totals to about $2,000. Based on these numbers, her emergency fund should therefore reach a calculation of approximately $12,000 over a span of six months.

For self-employed individuals, these numbers would look slightly different due to variable income. Thus, instead of six months, saving up 12 months’ worth of funds would be more ideal since it’s challenging to predict a stable monthly income on a normal basis — what more in times of emergency? Every sturdy house needs a good foundation. Likewise, ensure that the emergency fund is built on a steady cash flow. Once one’s cash flow is settled, other variable factors like salary, liabilities, and debt obligations will fall into place soon after.

Take advantage of the good health that comes with youth and utilize time wisely to establish a comfortable career and income source. With a good income, it becomes significantly easier to track expenditure and savings; of which, the latter can be channeled into an emergency fund. Do not fall prey to temporary temptations of materialistic goods and services. Forgoing a night out at town or a Sunday brunch can prove to be the wiser decision in the long run.

Understandably, if one intends to accelerate the saving process, it would require greater discipline and careful tracking of expenditure in order to save efficiently. Moreover, the planning can be coupled with generating additional revenue streams through other freelance or part-time jobs if time allows.

Although an emergency fund is a long and drawn-out process, be patient and persistent. Rome wasn’t built in a day and neither is an emergency fund. Identifying feasible and practical saving goals can help make the process more tolerable.

Since discipline has been identified as one of the key ingredients to ensuring emergency fund success, it stands to reason that setting guiding rules would be beneficial.

If committing to building an emergency fund is one’s priority, materialism is one of the first vices to ignore. An effective way of determining the worth of something can be done by considering the immediate consequences of paying or not paying for it. If avoiding payment results in a run-in with the law, then that situation affords you to tap onto your reserve of emergency funds to resolve the issue. However, if it doesn’t, your emergency fund should remain untouched.

2-It costs more to not pay

Given the troubling intricacies of economic concepts like compound interest, it’s not surprising how easily costs can balloon to multiple times the original rate in a span of a few months. Although the starting cost might seem manageable, compound interest rates will do no one service. It’ll just cause misery and complications in the future if not settled quickly. Hence, in such scenarios, it becomes sensible to pay off such costs through emergency funds (if immediate funds are insufficient) before they incur further.

No one benefits from a poor credit score rating from the bank. Such a status only impedes the individual from acquiring a successful bank loan when they need it the most. However, in the events of a bad credit score, it’ll require some time to recover from this rating. Hence, having a decent emergency fund will come in handy here. Ideally, this should be the only circumstance in which you should access your emergency fund — if the situation is unplanned and urgent. It’s these unprecedented times that an emergency fund was created for in the first place. The most common situations falling under this category would be a health scare, a car accident, or sudden unemployment. However, more uncommon but still possible situations could be unforeseen household maintenance issues, pet surgery, or even a shotgun wedding.

All in all, the purpose of an emergency fund is in the name itself. It should only be accessed in unprecedented times when immediate monetary sources are insufficient to cover costs. By having these financial safety blankets, it definitely lessens the burdens of life when uncontrollable events happen to us, giving us a sense of reprieve during troubling times.

Dr. Ahmad Khawaja, the CEO of Allied Wallet who happens to be regarded as a globally leading provider…
byZaheer 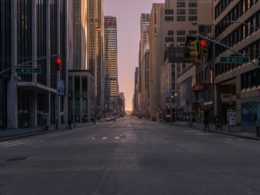 Allied Wallet is regarded as the global leading provider of online payment processing. Certainly, the organization is well…
byZaheer