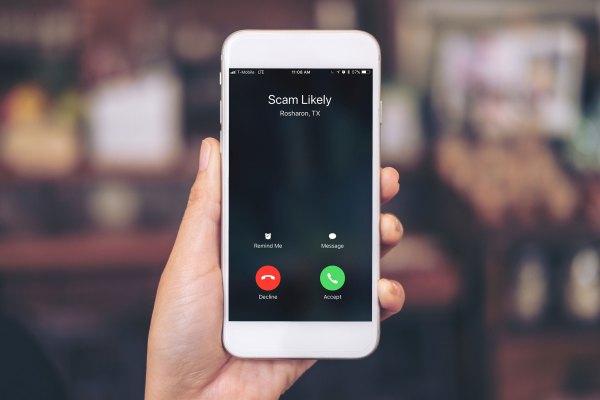 The FCC unanimously approved a new set of rules today that will require wireless operators to implement a technological framework to combat automatic calls. Called STIR / SHAKEN, and suspended for years by carriers, the protocol will be required to be implemented by the summer of 2021.

Automatic calls have grown from nuisance to serious problem as the predictable "claim your free vacation" scams resulted in "this is how to claim your stimulus test" or "request coronavirus test scams here."

A big part of the problem is that mobile networks allow you to falsify or imitate phone numbers, and it's never clear to the recipient of the call that the number they see may be different from the actual origin number. Tracking and preventing fraudulent use of this feature has been on the operators roadmap for a long time, and some have somehow done so for some customers.

STIR / SHAKEN, which stands for Revised Secure Telephony Identity / Secure Handling of Affirmed Information using toKEN, is a way to securely track calls and callers to avoid fraud and warn consumers of potential scams. Carriers and the FCC have been talking about it since 2017, and in 2018 the FCC said it should be implemented in 2019. When that hadn't happened, the FCC gave the carriers a nudge, and at the end of the year Congress passed the Act. TRACADA to stimulate the regulator to carry out its threat to force the use of the system.

Rules to that effect were proposed earlier this month, and at today's open FCC meeting (held remotely), the measure was unanimously approved. Commissioner Jessica Rosenworcel, who has voiced her voice about the lack of concrete action on this issue, warmly approved the rules, but expressed frustration in a statement:

It is good news that the Federal Communications Commission today adopts rules to reduce automatic calls through call authentication. I just wish I had done it earlier, like three years ago, when the FCC first proposed the use of STIR / SHAKEN technology.

Commissioner Brendan Starks called the rules a "good first step," but noted that operators must apply call authentication technology not only on IP-based networks but everywhere, and also to work with each other (as some they are already doing so) to ensure that these protections are maintained across all networks, not just within them.

President Ajit Pai agreed, noting that there was much work to be done:

It is clear that FCC action is necessary to drive the widespread deployment of this important technology … The widespread implementation of STIR / SHAKEN will reduce the effectiveness of illegal impersonation, allow law enforcement to identify the worst actors more It will easily and help phone companies identify: and even block: calls with illegal counterfeit caller ID information before those calls reach their subscribers. Most importantly, it will give consumers more peace of mind when they answer the phone.

There is no silver bullet for the problem of counterfeit automatic calls. Then we will continue our aggressive and multiple approach to combat it.

Consumers will not notice any immediate changes; after all, the deadline is next year, but you will likely receive more information in the coming months from your provider about the technology and what, if any, you need to do to enable it. .