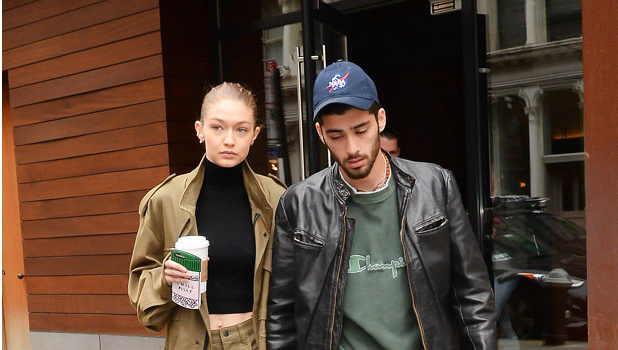 Gigi Hadid and Zayn Malik did surprise the world with their reconciliation on his birthday. They had stepped out to IL Buco with Bella Hadid and Dua Lipa. Gigi Hadid has finally revealed the name of her baby girl with Zayn Malik! The model has given birth to her first child recently on Sept. 23, 2020. Gigi Hadid and Zayn Malik had welcomed their first child together back in the month of September. Now, they have made things public and said that the name of the baby girl, as Khai.

Gigi Hadid did gather a lot of popularity from the fans as the Maybelline model and she finally revealed the name of her little daughter by changing it on her Insta bio on 21st of January, Thursday. The first line of her Insta bio reads, “Khai’s mom.” She has signed to the IMG worldwide. She also signed up a plug for her photography account Gisposable. Further, the confirmation comes along with several speculations that were around the New Arabic Tattoo of Zayn and then the fans started belebing the translation to the name, Khai.

This announcement from Gigi Hadid comes 4 months post the proud parents have originally revealed that they did welcome their daughter to the world. The former One Direction hitmaker had been the first one to break the news on 23rd September. She had been sharing a black and white picture if the newborn wherein the baby had been clutching the finger of her father. He said, “Our baby girl is here, healthy & beautiful…to try put into words how i am feeling right now would be an impossible task. The love i feel for this tiny human is beyond my understanding. Grateful to know her, proud to call her mine, & thankful for the life we will have together x.”

Gigi had also shared the happy news on her Instagram profile while posting a similar pic which showed Zayn’s hand beside their daughter’s, and it wrote, “Our girl joined us earth-side this weekend and she’s already changed our world. So in love.” Hailey Baldwin wrote, “Welcome babygirl! So happy for you guys,” and Olivia Culpo commented, “Ahhhh!!!! HUGE congrats!!!!! I can’t wait to meet this angel.”

Maddison Brown is a freelance writer and a GOT fan. Apart from writing quality articles on various niches, she likes to read & write fiction. More than anything, she loves to spend her time with her family, explaining technologies to the elders.