Who would believe that Heather Graham is currently 50 years old? No one would believe it by staring at her incredibly hot images while she was caught posing on the beach in a sexy bikini. No doubt, Heather Graham was a total beach beauty and it was pretty evident in her latest Instagram post. She seemed to have soaked up the sun and in the attire wherein she wore a fierce animal print two piece. The latest snap of this young beauty drove everyone crazy!

Heather Graham appeared flawless during a trip to the beach that she had explored on 9th of January 2020. The actress has just turned 50 years old, and she took it to Instagram while showing off her beach day look. She was seen to be donning a leopard print bikini that was designed by the Monday Swimwear. Heather had shown off her confidence by posing in the sand, while she was flaunting her fit figure. She even soaked up the sunshine amidst it. Heather had also worn a pair of shades along with the two pieces, so as to keep the UV rays out of her eyes.

Heather’s impromptu in such a picturesque setting 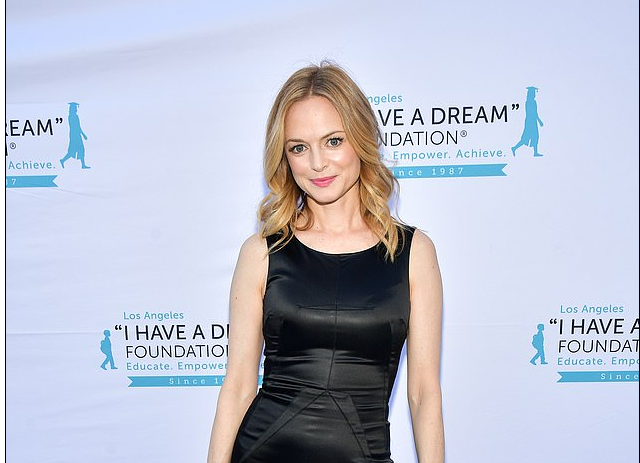 Indeed, it was a picturesque setting for the impromptu photo shoot that Heather had! In the snap, there was not a single cloud seen in the sky and the deep blue water did just roll onto the rocks and the sand. Heather appeared just like a total beach maven with just one hand on her lip. The actress captioned the image as, “Ocean meditation,” and alongside, she added an emoji that depicted the blue waves. There is no doubt about the star receiving immense love from her fans on the image.

Heather has been a total bikini queen and she had earlier featured a slew of astounding pics of herself in the bikini. One such was the image wherein she was seen sporting an olive green bikini that appeared absolutely gorgeous on her. Heather’s longtime fans have also received a major treat as she did finally join the Tiktok in the early September of 2020. The Boogie Nights star jammed out to “Best of my love” by The Emotions with her first Tik Tok post. We are currently expecting more such from her in the coming year, 2021. 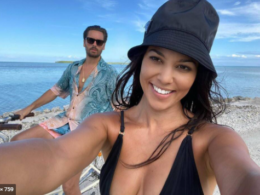 Kourtney has always been flaunting her beauty and that’s very much evident through her social media account. Recently,…
byZaheer
2 shares
0
0
2