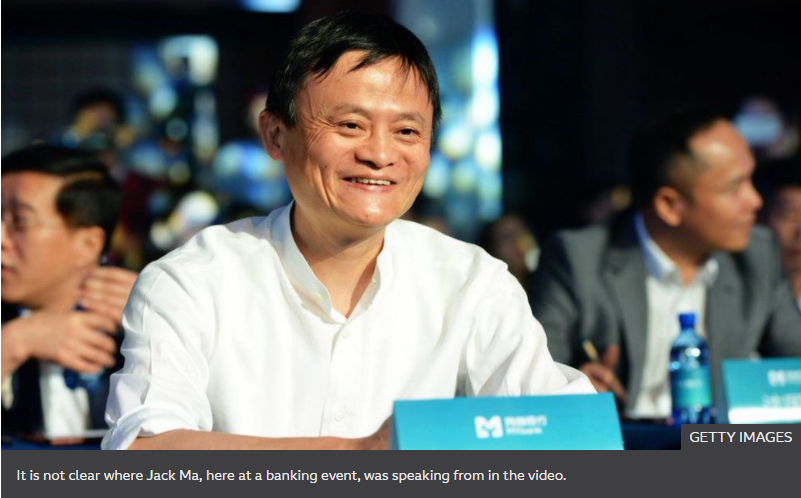 Alibaba has been doing really well, but there has been a lot of news revolving around the Ant group. Today, we are going to update right on the same. Jack Ma, the group founder of the Alibaba group has made his first appearance after such a long time. He was last seen coming up on the public forum back in the month of October since the Chinese regulators had cracked down on his business empire. There is no denial to the fact that his absence had fuelled up a lot of speculation about his whereabouts amidst the increasing official scrutiny that were done in regards to his businesses. This billionaire had met 100 rural teachers in China via a video conference on Wednesday itself. This was further reported by the local government media.

Alibaba happens to share a surge by 5 percent on the Hong Long’s stock exchange on the news and Tianmu News that is basically backed up by the provincial Zhejiang government was first reported that Mr Ma had to speak to the teachers for them being a portion of one of his charity foundation’s initiatives. The annual event is basically hosted in the resort city of Sanya and it was held online itself in this year for the restrictions imposed due to Covid 19. He was dressed in a blue pullover and he was giving his speech directly to the camera from a room that had grey marble walls along with a striped carpet. “We cannot meet in Sanya due to the epidemic,” he said in the speech. When the epidemic is over, we must find time to make up for everyone’s trip to Sanya, and then we will meet again!”

It was not actually clear from the video or from the Tianmu News Article about where he has been speaking from! According to the last month’s reports, the central bank of China had hauled in the executives from Ant group and it had even ordered a shakeup in the operations of the company. Mr Ma is basically a key share holder of the Ant Group which happens to be the biggest payments’ provider in China. Prior to ordering the shakeup of the company, the regulators had actually scuppered the Ant Group’s listing on the Hong Kong and Shanghai exchanges.